It is widely understood that most of the profits from trend following and momentum strategies come from a select few big winners. Despite that understanding, traders generally don’t appreciate exactly how few trades make up that select few.

As quantitative traders, we willingly forfeit the desire to pick and choose between signals that our strategy triggers. Even though we aren’t making discretionary decisions about entries and exits, there is still a level of respect that needs to be paid to the importance of the select few trades that will drive our performance. 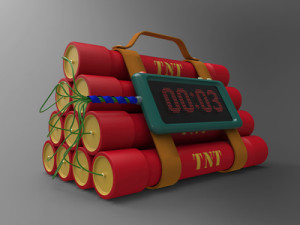 Missing just one trade can have a severe impact on your overall return, so if you aren’t committed to taking every trade you might be better off with a buy-and-hold strategy.

The Dorsey Wright Money Management blog published a post earlier this month that did a tremendous job of breaking down exactly how the top 20% of returns of a momentum strategy were relative to the other 80%. The post also showed how each quintile performed relative to a buy-and-hold benchmark.

Breaking Down Performance of Trades

The article took a basic sector rotation strategy that trades S&P 500 sub-sectors and broke its returns into five groups that each made up 20% of the total trades after sorting all trades by performance. They charted the performance of each of these groups and compared it to a chart of a equal-weight strategy that held all of the sub-sectors and rebalanced monthly.

The Best Trades Are Critically Important

The point that the post is trying to make is that you absolutely must be willing and able to take every single trade that your trend following or momentum strategy produces. Omitting even one trade from the top 20% could cripple your overall performance because. Because we have no way of knowing what trades will end up producing the best profits, we cannot afford to miss out on any of them.

The article sums up this theme quite nicely:

If you are unwilling to constantly cut the losers and buy the winners because of some emotional hangup, it is extremely difficult to outperform.

Even the Best Traders Learn the Hard Way

Market Wizard Tom Basso tells a great story that fits in well here. Early in his trading career, Tom took a day off to spend the day with his parents who had come to visit him. On that day, he missed a signal for a silver trade that would have ended up being hugely profitable. That single trade would have made the difference between a profitable year and a losing year.

The moral of the story is that if you are going to trade a trend following or momentum strategy, you absolutely must be willing and able to take every single trade signal. There are no exceptions, because just one exception could ruin your performance.