When designing a quantitative Forex strategy, one of the major concerns is what currency pairs it will trade. The currencies you are planning to trade could make a significant difference on how any given strategy will perform.

As a general rule, you will want to focus on currencies that are commonly traded with plenty of volume. This will make sure that your strategy will have the ability to enter and exit without any complications or slippage regardless of your account size. 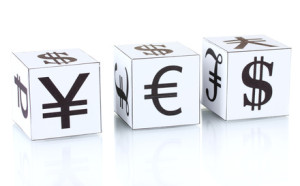 Making sure that you are trading the right currency is a great way to optimize the performance of your quantitative Forex strategy.

FXTM published a post on Forex Crunch last week that breaks down the six most popular currencies among Forex traders. While there are plenty of other currencies available from most brokers, these are the six that Forex traders tend to gravitate towards.

Each of these currencies have their own unique characteristics, and studying those differences could allow you to exploit your strategy’s ability to trade one currency better than another.

The most popular currency in the world:

Clearly, the US dollar, also known as the greenback, is the most popular currency to trade and is the world’s main reserve currency – since the majority of transactions around the world are priced in USD.

A popular currency for now:

With the sovereign debt crisis in Europe there are indications that the euro might one day break up as peripheral nations struggle to cope without the benefit of having their own flexible currency.

One of the more volatile currencies:

The currency can be volatile on occasions but on average also exhibits a daily trading range of around 30-40 pips. Due to the extremely low interest rate environment in Japan, there is always a very strong carry trade element to the Japanese yen.

The Queen’s Currency can be even more volatile:

GBP is typically more volatile than the preceding three currencies and swings of 100-150 pips are not uncommon.

Traders will move into the swissie during times of panic and fear.

To stop the currency from becoming too strong, however, the SNB have pledged to keep the currency pegged to a certain level against the euro. The result is that lately the Swiss Franc trades within a very tight range.

Since the Canadian economy is very much tied to raw materials and commodity prices, the Canadian dollar is often a reflection of this and will often move in tandem with commodities – particularly crude oil, of which Canada is a big exporter.