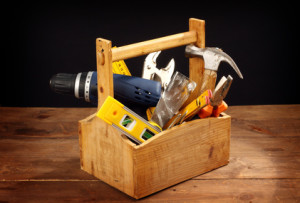 In that post, Nial breaks down the tool he uses to analyze the risk/reward for each of his trades. He provides a simple walkthrough for how to build his risk/reward tool in MetaTrader. The tool is constructed by adjusting the settings of the Fibonacci tool that is already built into the program.

After the 1R distance is determined, Nial’s next step is to delete all of the other levels from the fibonacci tool except for the levels that mark the entry and stop prices. Then, the final step is to add profit targets as levels that are mulitples of that 1R distance.

The biggest advantage is the ability to quickly and visually identify profit targets. In theory, this should make planning trades much easier. The tool will make this process much faster, which will allow a trader to process trades quicker.