“It can scarcely be denied that the supreme goal of all theory is to make the irreducible basic elements as simple and as few as possible without having to surrender the adequate representation of a single datum of experience.” – Albert Einstein

That quote from Einstein was the inspiration behind a recent post on Gestaltu that looked at ways to further simplify an already simple rotational strategy. The post took Mebane Faber’s extremely popular Ivy Portfolio and tested whether a similar strategy could produced comparable results by rebalancing the portfolio only once per year instead of every month. 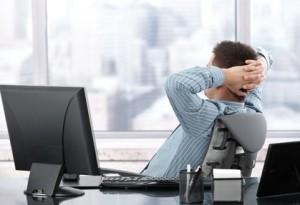 Is it possible to improve a monthly rebalancing strategy by only trading it once per year?

It is no secret that I am a big fan of Faber’s Ivy Portfolio. I believe that it represents an excellent base on which to build a multi-strategy approach to trading. The results show that it is one of the best all-around long-term strategies out there, and at the same time is extremely simple to follow.

There were an overwhelming amount of numbers provided based on a wide range of possible rebalancing dates. At the end of the day, in almost every case, monthly rebalancing outperformed annual rebalancing.

The authors went as far as testing annual rebalancing on each individual day of the trading calendar. While some days were able to outperform monthly rebalancing, that performance was attributed to luck, rather than a repeatable edge.

Could We Go The Other Direction?

The article concludes with a discussion on the relationship between rebalancing frequency and trading costs. Clearly, rebalancing annually instead of monthly would save a great deal in transaction costs, but the performance isn’t worthwhile. On the other hand, rebalancing daily incurs so many transaction costs that the strategy loses any potential edge.