The idea of developing a multi-system strategy is very appealing. Every strategy will have its own collection of strengths and weaknesses, but the theory behind using multiple strategies is that the flaws will cancel each other out, leaving a robust strategy that can perform in any market environment. 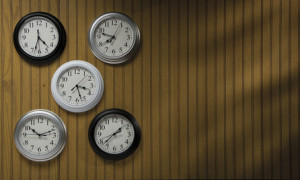 There are significant advantages that can be found through adding multiple strategies and time frames to your trading system.

Cesar Alvarez, who is known for creating short-term mean reversion strategies, seems to be headed in the direction of multiple systems and time frames. He recently published a post discussing an Intermediate Term Stock Rotation Strategy. In that post, he states that he is looking to add an intermediate term rotation strategy that trades S&P 500 stocks to his portfolio of strategies this year.

From this idea, he crafted a quarterly rotational strategy that ranks the stocks in the S&P 500 on the first day of each quarter. The stocks are ranked by six month performance, as of six months ago. The strategy buys the top ten stocks according to the rankings and then sits tight until the first day of the next quarter.

Cesar also tested a version that rebalanced only twice each year, in January and June. That strategy fared even worse, producing an annual return of 3.09% with a maximum drawdown of 74.34%.

Clearly, this strategy is all but dead in the water. Even if the annual returns were ten times bigger, traders still wouldn’t be able to survive with that big of a maximum drawdown.

The most profitable strategy he came up with at this point used a 6-month lookback period and a 3-month delay. That produced an annual return of 8.62%, but still contained a maximum drawdown greater than 70%.

After looking at the returns by individual years, Cesar noticed that the strategy was really suffering during the bad years for the S&P 500. This gave him the idea of implementing a trend filter. The filter he chose was that the strategy would only enter new positions when the S&P 500 was above its 200-day simple moving average (SMA).

This increased the annual returns and reduced the maximum drawdowns for each variation of the strategy. The best performing version at this point used a lookback period of 6-months with a delay of zero. That version produced an annual return of 16.49% with a maximum drawdown on 37.42%.

At this point, Cesar had put together a strategy with a respectable annual return. The only problem was that its maximum drawdown was still high. He suggests that adding some form of a stop might be able to help reduce the drawdown, but at this point he is still brainstorming other ideas.