One of the most intriguing aspects of quantitative strategies is that we can build and combine those strategies any way we choose.

It can be very easy to get stuck in the rut of using someone else’s trading strategy or expert advisor. However, as traders, we are free to combine different aspects of various strategies in order to build a system that is tailor fit to our trading personalities.

There are a number of different types of seasonal trading systems, and I have looked at a few already in recent weeks. One of the most popular systems is Sy Harding’s Seasonal Timing Strategy. The UK Stock Almanac Blog recently published a section of their book which covers their attempt to adapt Harding’s strategy to the UK markets.

When the authors attempted to replicate Harding’s results on the UK market, the system struggled a bit. Instead of completely abandoning it, they pivoted their approach and changed one aspect. The result was an even more profitable strategy. 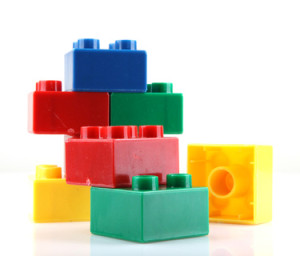 They started the discussion by agreeing with Harding that they believed that they could improve on a seasonal approach that traded based on calendar dates:

By tweaking the beginning and end dates it may be possible to enhance the (already impressive) returns of the six-month strategy.

An obvious rationale for this is that if investors are queuing up to buy at the end of October and sell at the end of April, it can be advantageous to get a jump on them and buy/sell a little earlier.

We found it difficult to replicate similar results for the UK market using Harding’s STS system.

One problem was that 1 November is such a good date for entering the market – it was difficult to consistently improve on it with any technical indicator.

So they switched gears a bit:

However, we did come up with one simple system that improved on the standard six-month strategy. Briefly, its rules are:

What they have done here is combined two different seasonal strategies. The fixed November 1 entry was difficult to beat using indicators, so they just stopped trying and kept it. Then, they used a MACD exit similar to Harding’s strategy. This combination produced a better system than either seasonal style could do independently.