That was back when bitcoin traded at $283, which bought 3.619 bitcoins. At $10,000, that woulda coulda shoulda meant $36,200 dollars in my pocket.  Here’s my offline (and now defunct) wallet so that you can see the activity: https://blockchain.info/address/1LzhWxzdCoPtfVRTu9dxMTRKZoe8oQiEmn 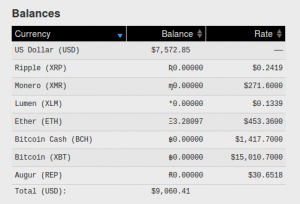 Because of an inexplicable hangup verifying my identity, I’m limited to withdrawing $5,000 in cryptocurrencies per day from Kraken. Ok, so I withdraw crypto from Kraken to where exactly? 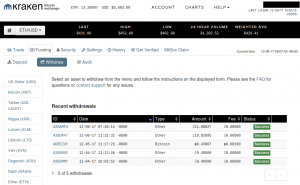 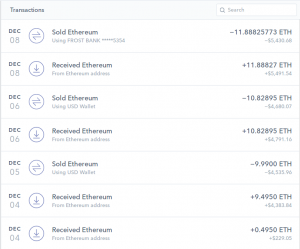 Yesterday, bitcoin touched $19,000 on some exchanges. Doesn’t that drive me crazy that I woulda coulda shoulda double my already significant winnings?

I confess to a small bit of “if would’ve been nice if I hung on longer”. But when I look at the charts, there is 0% chance I would have held on until today. And, there’s noooooo way I’d hold it over the weekend. 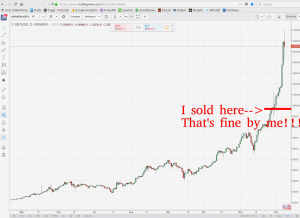 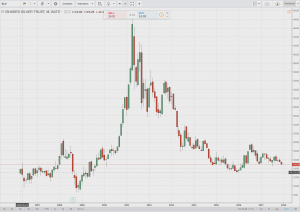 Soon, my $1,000 punt was up to $6,000. The market was absolutely insane. I knew it was crazy. I knew it was parabolic. But, I was afraid of missing out on even more profit. And so, I put stuck my head where the sun don’t shine and watched up profits evaporate.

This current bitcion craze is driven by the CBOE launching bitcoin futures on Sunday. In my opinion, this is an extreme case of buy the rumor, sell the news. So much can go wrong on the futures launch.