The 2-period Relative Strength Index (RSI) can work as a short-term trade entry signal. After providing plenty of supporting evidence in their book, Short Term Trading Strategies That Work, Larry Connors and Cesar Alvarez went on to discuss a system that would make use of this powerful entry signal.

The Cumulative RSI System is built to take advantage of the power of using the 2-period RSI to identify short-term oversold conditions. The system exclusively trades the long side, targeting markets that are above their 200 day simple moving average (SMA). The goal of each trade is to identify a market that has been trending higher but is currently puling back. The RSI indicator provides the signal that the pullback has gone too far and a bounce is likely.

In order to enhance the RSI indicator, Connors and Alvarez added the cumulative element. Rather than simply taking the current RSI value, they chose to add up the RSI values of the past X number of days. For all of their testing, they used a value of 2 for X. This means that they simply added the RSI values of the most recent two closes.

They also introduced Y as a second variable that would represent the cumulative RSI value that would signal an entry. This means that, provided the long-term SMA condition was met, the system would enter a trade on the long side anytime the cumulative RSI value dropped below Y. In their testing they used values of 35 and 50 for Y. Keep in mind that this Y value is the sum of two RSI values, which means it will be larger than standard RSI values.

Once a trade is signaled, the long position is held until the 2-period RSI closes above 65. This is the standard RSI number, not the cumulative number. Connors and Alvarez actually suggest that you could use a number of different exit signals. Clearly, they do not place a great deal of importance on the exits. Since this is the one that they tested, it will be what we use for this system. 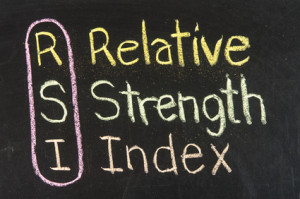 Connors and Alvarez backtested this system using two different Y values. Both tests were conducted on the SPY from January of 1993 through December of 2007. They used a value of 2 for X in both tests.

For the first backtest, they used a Y value of 35, which would represent two closing RSI values that average to be 17.5. This test produced 50 trade signals over almost 15 years. The system was profitable on 88% of those trades and made an average of 1.26% on each trade. The average holding period for a trade was 3.7 days.

For the second backtest, they raised the Y value to 50, which represented two consecutive closes that average a 2-period RSI of 25. By raising they Y value, they were hoping to generate more trade signals without cutting down on the system’s profitability. This test generated a total of 105 trades over the same 15 year period. The system was profitable on 85.47% of those trades and made an average profit of 1.05% on each trade. This test actually had an even smaller average trade length of only 3.57 days.

Connors and Alvarez reported that they also tested the system on other indexes and ETFs and received similar results.

As it turns out, increasing the Y value doubled the number of trades, but had a much smaller impact on returns. It would be very interesting to test more combinations of X and Y values to see how adjusting them affects overall returns. In order for a system to be worth trading, it has to be profitable, but it also has to provide enough trade signals. There is no point trading a system that never produces trade signals, even if it has ridiculously high profitability numbers. The second test was able to produce twice the number of trades, but that still only amounted to an average of about seven trades per year.

One interesting aspect that Connors and Alvarez point out is that the second test was able to capture most of the gains of the SPY while only being in the market about 20% of the time. Because the system trades quickly and infrequently, it is possible that we could augment its returns by putting the capital to work somewhere else between trades.

The thing that I find most appealing about this system is its flexibility. The two variables can be used to adjust the ratio of trades to profitability. The authors themselves suggest that there are a number of exit options that could be used. Finally, trading this system would afford you the ability to do something else with your capital while the system is not in the market.

It would be very interesting to see if we could improve on the returns that Connors and Alvarez published by testing different variables, adding a hard stop-loss to protect our capital, and investing the capital in something safe like T-bills while it was not trading. Given all of those options to improve, the Cumulative RSI System is very interesting, and it is all based on a very impressive and well researched entry signal.