The expected outcome was that I would win 75% del tiempo. Trades were infrequent, so I thought maybe I’m just having bad luck. But then my win rate remained stuck around 50%. Simple statistical tests told me this was unlikely to be bad luck.

La flawed code produced this equity curve from a single combination of settings: 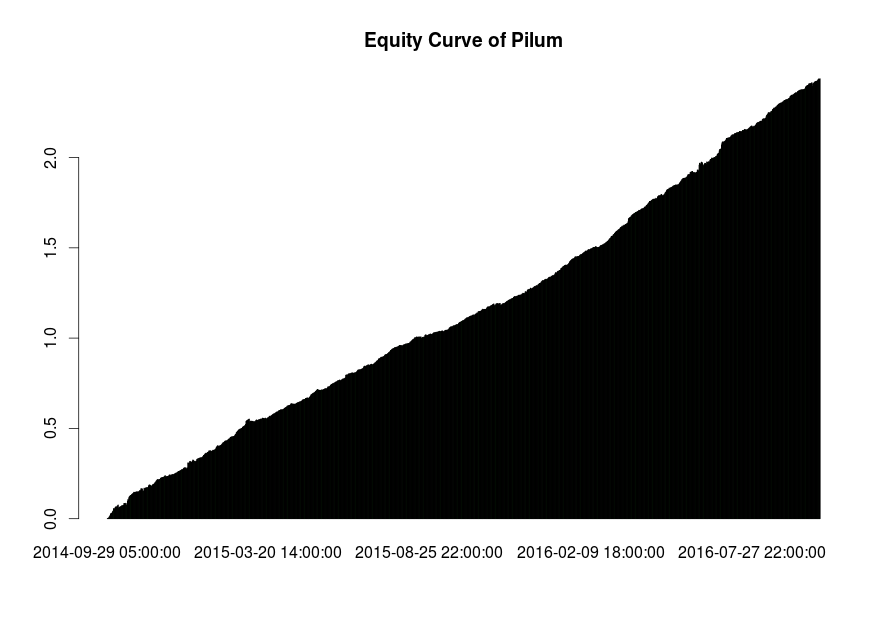 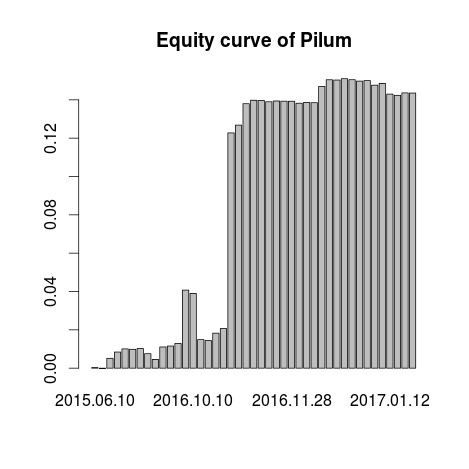 The frequency of trades is very low. Out of 19 months there were a total of 43 oficios. 43 trades to comprise a backtest on 40+ instruments is a very small number.

If it weren’t for the statistical pattern backing up the frequency, I would not consider the test. Sin embargo, there are 20,000 bars each on the 44 instruments. Hay 880,000 total bars used to analyze whether my Pilum pattern offers any predictive value.

The most valuable predictions, sin embargo, are also exceptionally rare. That’s why I’m not able to get the trading frequency higher, which would potentially smooth the returns. 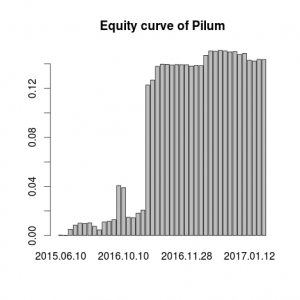 Now look again at the correct equity curve (the image to the right). Do you see the final profit of roughly 0.14? That’s a 14% unleveraged return over a 19 periodo meses.

I still believe in Dominari. Pero Te, I obviously lost the work of most of the year due to those events. 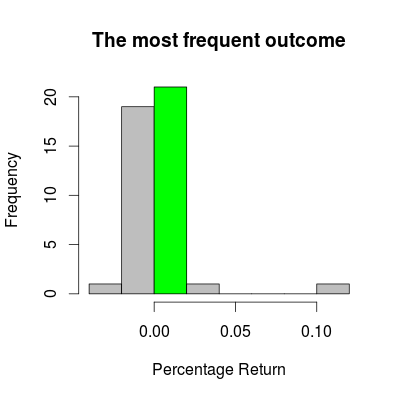 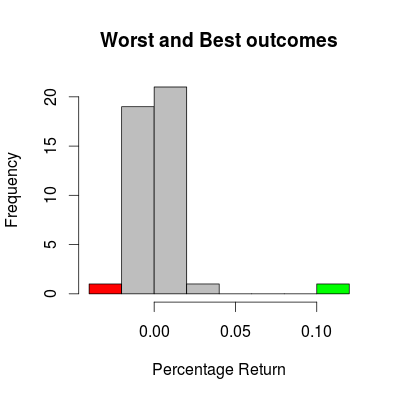 The biggest winning day is dramatically better than the worst losing day. The worst outcome was a loss of 2%. The best outcome is gains near 10% en un solo día (unleveraged!). 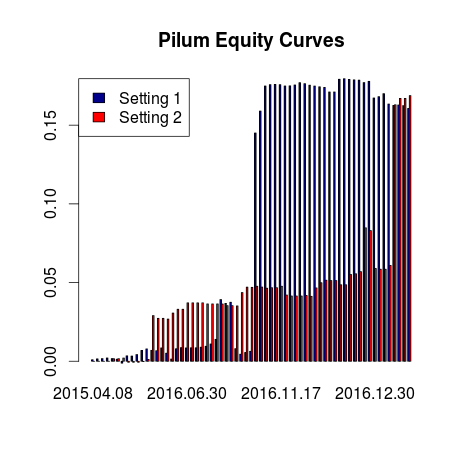 Pero entonces, look what happens as I advance into December. The red curve dramatically catches up to the blue curve and even overtakes it. 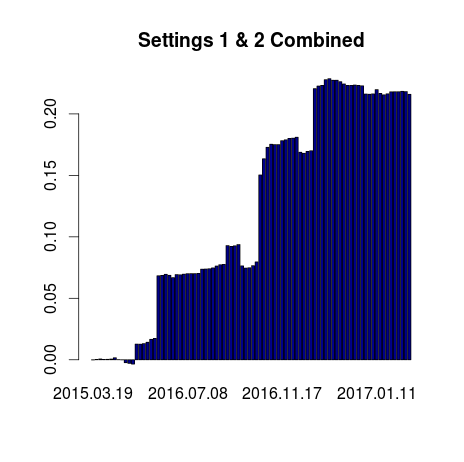 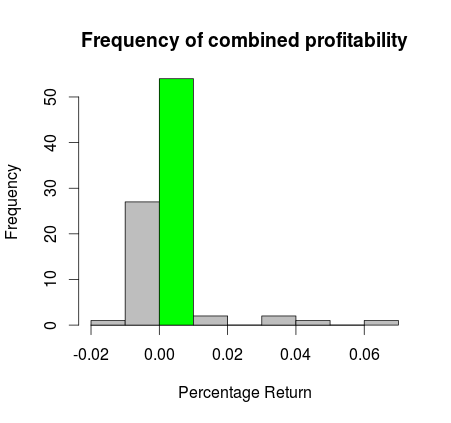 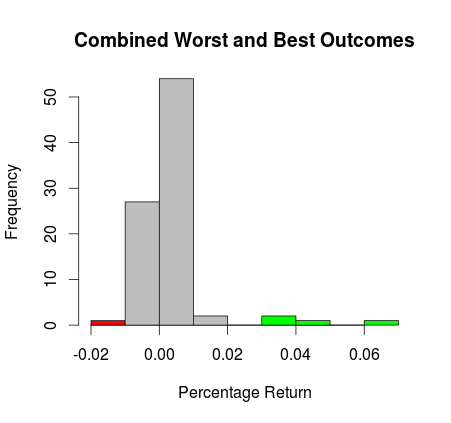 Look how far to the right the green bars go. The largest winner is more than 3x the biggest loss. Y, there are so many more large winners compared to losers.

Dominari hasn’t been working on my FXCM account, which is very difficult to accept because the lacking performance seems to be a buried execution issue. Pilum, sin embargo, trades very infrequently. It’s unlikely that execution quality will make a dramatic difference in the long term outcomes.

Así, I’m going to convert the FXCM account to trading Pilum exclusively. That will be offered as a strategy on Collective2 within the next few weeks, a company with whom I’ve been working closely. Their users are more investor rather than trading oriented – they’re far more likely to view low trading frequency as a good thing. I suspect that most people here have a different opinion and want to see a lot of market action.