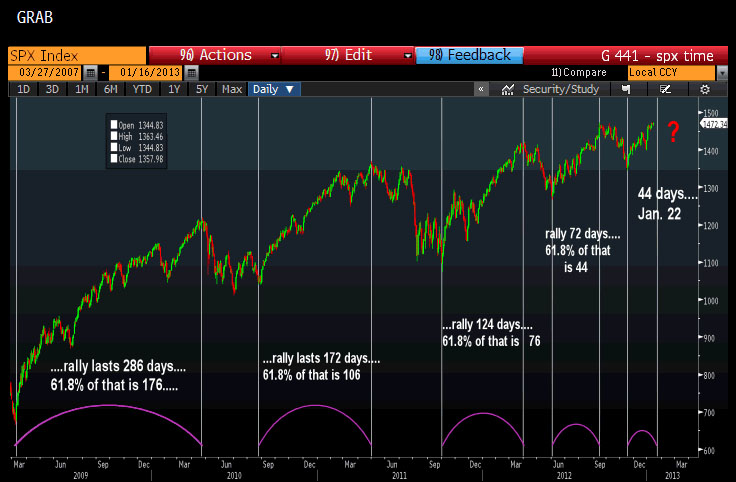 I even did some cherry picking in the drawing to get the time span between trends to decrease. My original drawing counted the 128 and 97 day periods as a single group.