While I am not convinced that the overall system is tradable, its entry method is extremely interesting. The initial backtesting results that I found also indicate that there could be some value with this system. 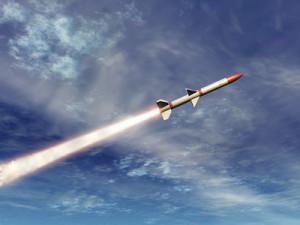 The First Strike Trading System was originally published in 2007 by Joel Rensink. The basis for the system is the opening price of the week on Monday morning. The system notes this price and then places a Buy Stop order 50 points above it and a Sell Short Stop 50 points below it. That way, if the price moves 50 points in either direction during the week, that breakout will initiate a position.

Once a trade has been established, the system sets a Stop Loss 60 points above or below the entry price. It also exits all positions at the close every Friday. These exit rules make this a short term trading system that has some measure of downside protection.

Jeff from System Trader Success backtested this system on Euro Currency Futures from May of 2001 through December of 2010. During that time, the system was able to generate positive returns. There were a total of 421 trades, and 33% of those were winners. The system posted a profit factor of 1.19 and an annual return of just over 10%.

Jeff then took his backtesting a step further and added a trend filter. This would limit the system to only making trades in the same direction as the long term trend, which he defined using the 220 unit SMA. This reduced the total number of trades to 344 and increased the number of winners to 36%. It also raised the profit factor to 1.27 and the annual return by 0.18%. While the trend filter didn’t dramatically affect the results, it clearly was able to remove some of the unproductive trades.

What we have here is a very unique take on a breakout system. By adding the trend filter, Jeff was able to improve the system even further. The First Strike Trading System doesn’t quite have the win rate or profit ratio of the 89/13 Breakout System, but it should have lower drawdowns because it makes such short term trades. Of course, these short term trades will also rack up commission costs.

The First Strike Trading System was designed to trade forex markets. However, if we used percentage breakouts instead of the 50 point breakouts to identify entry points, we could take the system and trade it on a wide assortment of financial markets. This would give us a more robust, diversified approach.

If we were able to trade this system across a wide range of markets, perhaps we could increase the significance of the breakout required to generate an entry signal. This could possibly lead to a higher success rate.

Another idea to improve this system would be to put a deadline on entries. As the system is currently constructed, it is possible to enter a position on a Thursday or even Friday only to be forced out at Friday’s close. This would likely result in a good deal of slippage and commission costs.

I would also be curious to see how much the returns would be affected using a different exit criteria. I’m not convinced that forcing the system to exit on Friday’s closing price makes sense. I would like to find out how a system with the same entry rules would perform using either a trailing stop or a breakout for an exit signal.

As you can see, while the initial backtesting results for this system aren’t as good as some of the other systems we’ve looked at, there are a number of interesting ideas that might improve the First Strike Trading System.