I got a call from the FBI in September of last year. Even when you’re completely innocent, let me tell you, it’s never a nice feeling when the FBI calls and asks for you by name.

The agent called to inquire about Kevin G White, a person with whom I’m more familiar than I care to be. The guy racked up almost 120 hours in custom programming and analysis. When I presented him with the $10,000+ bill after roughly four months of work, he ignored me for 6 weeks. When White finally responded, it was through a lawyer. He threatened to sue me unless I lowered the bill to $2,500. Sue me for what!?!

That was the last I heard of him until nearly a year later when the CFTC issued an emergency order freezing the assets of White and his Revelation Forex Fund. It turns out that White’s entire operation was a fraud. The agent called to inquire about the software White ordered and my thoughts on his strategy.

My impression of financial fraud is some slick talking salesman promising extravagant returns through a convoluted investment scheme too complicated to understand. Now that I’ve actually met someone trying to run a fraud, my impression is different.

I think Kevin really did set out to build a currency fund, it’s just that he was too dumb and ignorant to pull it off. The guy barely understood what a pip was, but he seemed to truly believe it was easy to earn millions of dollars. “Can’t the computer just crunch some numbers and come up with a good strategy?”

He really thought that the computer should be able to take a moving average cross and turn it into a money machine.

The “fund” certainly had the pizzazz to look successful. It was right across the street from FXCM’s Plano office in a high rise with marble and granite everything. The front desk was intimidating and CNBC was running constantly. The only thing that truly struck me as odd were the lack of employees. Not even a secretary manned the front desk.

Kevin explained how he needed an automated strategy to take over for his trader in case anything ever happened to him. I remember our conversations about the amount of effort that goes into a strategy and thinking that this guy was not very bright.

Eager? Yes. But that was about it. Aren’t con artists supposed to be slick talkers that convince you how smart and clever they are?

A FOIA on myself

On a whim about six months ago, I decided to file a Freedom of Information Act (FOIA) request with the FBI to see if anything interesting popped up. Only two weeks a cd arrived in the mail containing files on the White investigation. Juicy stuff!

The file, which you can read by clicking here, confirmed what I had already read in the news. Nonetheless, it was nice to see that my emails and conversation with the agent played a role in putting this guy in prison. That’s something that I feel good about.

Today is April 6. I held off on publishing this because the timing of FOIA cd’s arrival couldn’t be any better. A few searches on Kevin White showed that after receiving his 97 month prision sentence in February, he didn’t have to report to prison until… April 6! This post is to celebrate Kevin’s new home for the next 8 years. 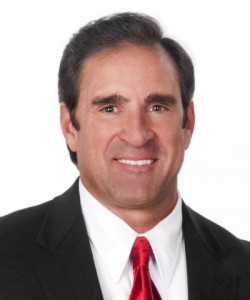