Short strategies are endlessly appealing to quantitative traders. The ability to take profits out of the market at times when everyone else is panicking and losing money is the type of thing that almost every trader dreams about.

While many traders acknowledge that there is money to be made on the short side of just about any market, we all know that it isn’t an easy task. Short selling is generally considered to be much more difficult than trading long positions, and there is good reason for that. 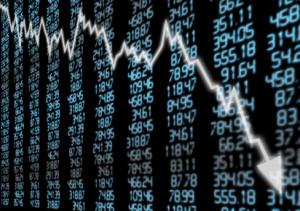 Short strategies have tremendous appeal to quantitative traders, but there are more complicated risks than backtesting results are able to document.

Cesar Alvarez has been trading short strategies for years. His logic explains the appeal:

I love shorting stocks because it is very hard psychologically, because of that, I believe that there is a good edge there.

In a post on his blog last week, Cesar admitted that he is considering discontinuing his short strategy that had been profitable from 2006 through 2012. He explained that four different issues came up over the course of 2013 that his strategy really struggled with. These issues don’t appear to be major hurdles in backtesting results, but they are much more complicated in live trading situations.

Can You Take All of the Signals?

The first concern that Cesar discusses is when brokers are unable to locate shares for you to borrow, which is essential in a short sale. Cesar says that, at times, he has experienced difficulties borrowing shares of extremely liquid stocks for short sales.

As you know, failing to take one or more of the trades signaled by a strategy could be the difference between a profitable year and a losing year. There is no way to predict or backtest for this type of issue.

Another drag on the performance numbers of Cesar’s short strategy has been the interest charged for borrowing shares to sell short. He explains that there is very little consistency in this area. For that reason, it is difficult to adjust your backtesting to account for this variable interest.

The third issue that Cesar mentions is that a a position moves further against you, it will become a larger portion of your account. This is exactly the opposite of what happens with losers in long positions.

As the price goes further and further against a short position, more and more capital is required to buy back the stock that was borrowed and sold. Cesar discloses that this took a huge toll on his short strategy in 2013.

The final complication that Cesar has encountered with his short selling strategy is the large gaps that can occur for any number of reason. These Black Swan movements are completely unpredictable, so there is no way to account for them during backtesting. However, when they do show up, they have the power to wipe out an entire account quickly.