Instead of trading dozens of different markets, what if a system simply tried to improve the results of buy and hold index fund investors? 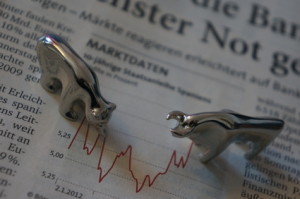 While Vrba doesn’t disclose his exact ranking algorithm, he does discuss the parameters that it is based on. His system analyzes a stock’s valuation, efficiency, financial strength, short interest, and trend. Using both fundamental and technical information gives a well-rounded view of every stock in the S&P 500. The algorithm factors each of these numbers and produces a ranking for each stock that can be as high as 100.

The system is designed to revalue all 500 stocks weekly. If any stock that is currently held drops below a rank of 97, it is sold and the highest stock that isn’t already owned is purchased, even if that stock has a lower ranking. He does not specify, but I assume that Vrba’s system is always 100% invested.

Vrba provides backtesting information for his system over the period from January 1999 through May 2013. Over that  period, the system has posted an annual average return of 35.3% with a maximum drawdown of 64%. While that 64% drawdown is pretty large, keep in mind that this is a long-only system that is always in the market. Therefore, it was forced to take a pretty substantial hit in 2008.

During the testing period, the system made 1,609 trades. The win ratio on those trades was just slightly below 2-1, with 1,069 winners and 540 losers. The average return on the winning trades was 8.53%, and the average loss on the losing trades was 8.11%. Despite the fact that its payoff ratio is only slightly better than 1-1, Best10 is profitable because it wins on 66% of its trades.

It is important to keep in mind that there is a survivorship bias in these results. Backtesting using the stocks that are in the S&P 500 today will produce results that are skewed higher because they don’t include any of the stocks that dissolved during that time. However, this is likely a limited issue because the Best10 System only holds the top ten stocks in the S&P 500.

The Best10 Portfolio Management System performs exceptionally well during bull markets. It also seems to give investors a better chance at making money during down years than a basic buy and hold strategy. The fact that the system is always 100% long is the only major drawback, however it is possible that it would have missed the big runs in 2003 and 2009 if it wasn’t 100% long.

Vrba has also discussed that he can dramatically improve the results of the Best10 System buy removing underperforming stocks from consideration and adding exceptional stocks that are not in the S&P 500 for consideration. Making these adjustments to the pool of stocks being considered increases the average annual return to just over 50%. It also dramatically increases both the win ratio and payoff ratio. Adjusting the stock universe also opens up the results to greater survivorship bias as well as data snooping bias.

The biggest weakness I see with this system is that it is forced to hold long positions through bear markets. Perhaps you could reduce the drawdowns during these times by allowing the portfolio to go to cash. Then, instead of losing less than the S&P 500, the system could go to a cash position and preserve all of its equity. This could be done by implementing a simple rule using a long term moving average to determine the trend of the S&P 500.

This is purely speculation, but I wonder how adding a short component would affect the results. If the system is able to profit from taking long positions in the top 10 S&P 500 stocks, how would it perform if it also took short positions in the bottom 10 stocks? If it was always long the top 5 stocks and short the bottom 5 stocks, how would the results compare? This component might have made the system incredible profits from the short side in 2008.