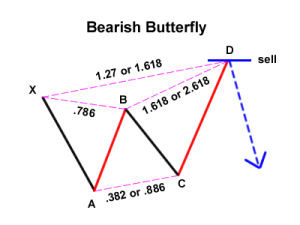 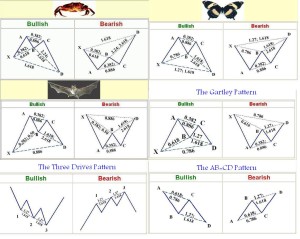 Trading pairs without adequate confirmation is like building a house without a structural engineer. In the short term the design may be stable and safe, however over a longer period of time, the sensitivity to weather conditions and other factors could be hazardous.

Systems that are based on one factor alone will invariably have a shelf life and will need to be retrained to accommodate shifts in market conditions. As discussed in our previous article on 共和分, the degree to which a trader does not adhere to these strict guidelines, can greatly affect his/her profitability.

Technical indicators for entry signals on a pairs trade

Some of the key technical indicators and patterns that can work well for confirming エントリ信号 include the Relative Strength Index (RSI), Market Facilitation Index (MFI) and Candlestick charting. Each has a unique attribute, and can assist in defining key entry and exit points.

Although this is a relatively common indicator that does not stand the test of time by itself, the RSI can be an effective tool in pairs trading. Defined as the change in momentum, this technical indicator will range from 100 (extremely overbought) 宛先 0 (extremely oversold). Traditionally the trigger points are 70 for a short and 30 長い間. With respect to pairs trading, this strength index allows the trader to confirm overbought and oversold scenarios.

The sppread between Gold and Silver is considerable, with the cointegration still above the required 80 マーク (according to catalyst corner). The relative strength index has confirmed that silver is trading in the oversold bracket (で 75), providing the trader with a valid entry for a short position.

Invented by technical analyst Bill Williams, the MFI identifies the momentum of a movement based on the volume. Depending on the strength of the buying and selling pressure, the indicator will price in an estimate of whether the trend is strong or weak.

Commonly used with longer time frames, the Market Facilitation Index is calculated by using the high, low and volume bars. Unlike RSI, the indicator is represented by a bar graph with coloration. Green highlights strong volume and momentum, whilst blue, brown and light brown indicate indecisive volume reactions. In pairs trading, the MFI can identify long term momentum patterns and which cross to buy or short.

Included below is a table from Wikipedia, which visually highlights the degree to which an adjust in volume can influence the market facilitation index. 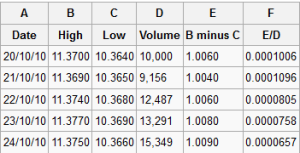 Gold has crossed below silver on a 線形回帰 基礎. The Market Facilitation Index however has indicated that volume and momentum are rising, and there will be a rebound in the price. The trader would look at going long gold and short silver.

Candlesticks are an extremely efficient way of determining the trend of a price. Different patterns defined by the open high low and close price can supply the trader with efficient entry and exit points. From a pairs trading point of view, it is important to only open a position based on a strong buy or sell pattern. Bullish signals include a piercing pattern, inverted hammer, morning star and abandoned baby. For more information on each of these patterns it is recommended to visit www.stockcharts.com

During the month of April, the spread between Gold and Silver is relatively tight. A morning star formation appears on the Gold price, indicating a potential bullish reversal. The trader in this case, would open a Long Gold, Short Silver to capitalize on a sudden breakout in the price.

Finding a pair of currencies or commodities that can stand up to the cointegration test on both a short term and long term basis can be quite difficult. It is common for pairings to have some degree of distance or long term deviation away from the linear regression and this can greatly affect performance.

Several high profile market neutral hedge funds have been victim to this regression breakout. Long Term Capital Management (LTCM) is the most famous example. The fund lost several billion dollars in 1998 during the Russian financial crisis. Nearly every position in its bonds and derivative pairings went off the rails all at the same time.

Trading pairs is not full proof and strict risk management and cointegration retraining must be implemented. As discussed in our previous posts on correlation and cointegration, we are looking for the degree to which two variables will return to their common mean. This will determine our entry and exit strategy, and where we will place our stops.

In one of our previous articles – ‘Analysing Pairs with Correlation and Cointegration’, we identified Gold and Silver as a good potential trading pair due to its statistically high long term percentage levels. We calculated the 共和分 using a free tool from the website – Catalyst Corner www.catalystcorner.com.

Setting up a pairs template in MetaTrader is relatively simple and requires two free indicators (these have been included with the tutorial). The first indicator is that of the FX Correlator and the second is the overlay chart. Highlighted below are the step by step instructions on adding each to your chart.

1. Open Metatrader and Choose Chart
2. Drag the Overlay Chart onto the open chart window, and specify default settings. Click OK.
3. Attach the FX Correlator to the chart, click INPUTS and change all currencies to FALSE except for USD and AUD. The reason why we are keeping these two as TRUE is outlined in the trade setup section. Click OK.

You will now see two indicators positioned on the chart window. The top overlay chart will highlight the price of silver in comparison to gold. You will notice that the general trend direction is quite similar (相関関係), however there are points along the timeline where the prices widen and then regress (共和分). These are the points that we are looking to profit from.

The FX correlator is a unique indicator that calculates a spread between the main chart window and specified other crosses. When we added the indicator to the chart, we only specified the AUD and USD currencies. Hence we can only see two coloured linear regression points along the time line. The reason we chose the Aussie dollar, was because of its susceptibility to commodity prices movements and the US dollar is the natural base cross with Gold and Silver.

In the diagram above, we have circled a number of trade setups. On the 14th of May at 4:00, the USD crossed higher than the AUD, triggering a potential Short Silver/Long Gold scenario. According to the chart, Silver regressed back to the mean and overlapped Gold at 12:00. The second possible trade scenario occured on the 15th of May at 20:00. As the AUD crossed above the USD, a Long Silver / Short Gold trade was triggered with the spread widening.

• Tight Stops on both crosses
• Calculate the correlation and cointegration of Gold and Silver regularly (daily basis). If the cointegration breaks down (以下 80%) do not trade.
• Position size should be based on underlying value and may not be equal. 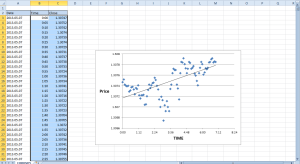 Pairs Trading or Market Neutrality have long been seen as complex hedge fund style strategies with limited application for the retail trader. As part of our series on Correlation and Cointegration, we thought it would be beneficial to look at how both regression patterns can be used effectively to identify pair trading opportunities and scenarios, and how to reduce possible pitfalls.

The mystery that surrounds Cointegration and its complexity from a formulation point of view has somewhat put off many traders. Funnily enough, even as I write this post the spell check does not identify Cointegration as a word, which gives you an indication of how often the term is referenced.

Although there are a number of formulas or tests that can be used, one of the most widely adopted is that of the Augmented Dickey Fuller (自動原稿送り装置) Test. Formulating a p-value, the test allows the trader to identify how cointegrated two series are over a specified period in an efficient and simplified way.

To put this into context, if the prices for currency A and currency B are inputted into the model and the p-value comes out at 0.02, then this identifies that 2% of the time the two variables are not stationary or 98% of the time they are cointegrated. Make sure that you use a good number of values (例えば 3 years on a daily chart), otherwise the calculation may not give you the most accurate indication.

There are a number of sites where you can download an excel version of the ADF test including www.quantcode.com

The next part in the calculation process is to work out the 相関関係. It is recommended that multiple time frames are used to also paint a picture of the cycle of the linear regression. To highlight how much of a discrepancy there can be, we ran scans on the EURUSD/GBPUSD and Gold/Silver Pairings. Results were very interesting.

The long term correlation indicates that the pairs track a very similar path. However on a short term basis, they will gradually move apart. On a cointegration basis, のみ 13% of the time over the last two years have the pairs reverted back to the same mean.

The two year interval highlights how the prices are statistically out of their long term and short term ranges. According to the cointegration figure, the prices of both Gold and Silver reverted back to the same mean 85% 時間の.

結論: Gold and Silver is a better pairs trade than EURUSD and GBPUSD.

Now that we determined that gold and silver show the highest correlation and cointegration, we need to analyse the technicals for specific entry and exit points. In the below example, there are three specific graphical representations (top chart is the gold price, middle chart is the regression correlation, and the bottom chart is the Silver price). 、 線形回帰 period is 360 days with no look back. 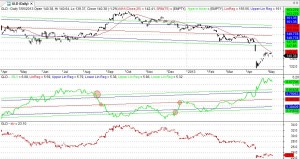 A chart showing gold, silver and their correlation

The diagram had two possible entry and exit points over the one year period. In August, 、 360 regression channel indicated that the linear value would revert to its mean after a period above the 3rd 標準偏差.

According to the chart, a Short Gold and Long Silver pair signal would have been triggered. The second trade came in December, with the linear line breaking back through the bottom standard deviation channel.

With reference to the above example, we can see a number of issues that could greatly impact performance. カーブフィッティング as it is commonly known is best described as a specific series fitting a time variable without giving a true and clear picture of performance.

Strategies that require definitions from future pricing or large historical data are usually curve fitted. On paper it may look great, but in real trade scenario, the results may be completely different.

、 360 regression channel chart did not pass the out of sample (カーブフィッティング) テスト. As can be seen below, when the look back period is amended to 162 Days, the signal would be completely different. 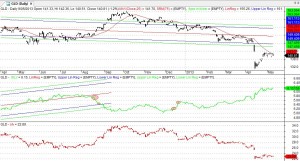 One of the solutions for curve fitting in pairs trading is to reduce the linear regression period to a shorter window or time frame. Although this can result in sensitivity to volatile movements, this reduces the potential risk to forward looking scenarios. Traders should also be aware of changes in the correlation and cointegration values of the pair, as these can shift quickly due to market mispricing or global economic and political events.