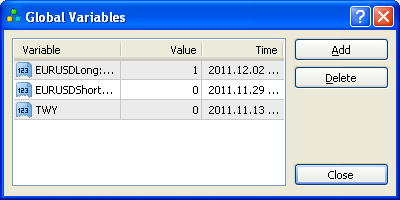 One of the best trades of my life actually made extra because the appreciation of the same currency. I sold USD/JPY several years ago when it traded at 118.75. I knew there was an important G7 meeting over the weekend, so I placed an anticipatory sell stop on the expectation of a volatile weekend session.

Over the next several weeks, the yen gained on the dollar down to 112.00. When I took profit on the retracement at 113, I noticed that the pip values changed in the past two weeks. It started at $8.47 ピップあたり, but when I closed the trade, it was worth $8.84. The value of every pip jumped 4% in value while I held the trade. How did that happen?

How to calculate the value of a pip

Pip values come into play when the price changes. Say that the price increases by a single pip to 1.5501. You still own only £100,000. The dollar value, しかし, just increased.

You made $10 on a single pip trading a standard lot, meaning that the value of 1 pip is $10. The math is the same for mini lots and micro lots. The only difference is that the pip value is directly proportional to the money management and position size that you trade.

Calcualate pip values when USD is not the counter currency

The pip value is ¥1,000, which is where I left off with the example of the dollar acting as the counter currency. ¥1,000 sounds a lot more exciting than $10. 残念なことに, we must bring that number back into dollars for it to make any sense.

Calculate pip values when USD isn’t in the forex pair

We can calculate the pip value in dollars, even when neither the base nor the counter currencies include US dollars. Let’s choose a cross pair to make the example a little more real.

Correlation strategies appeal to forex traders because it removes the stress associated with picking market direction. When two correlated pairs diverge from one another, the idea is to simply buy one pair and sell the other.

What are correlated currency pairs?

Correlation offers a mathematical probability of two “time series” moving in the same direction. Applying the idea to forex, it means that we need to pick two currency pairs. EURUSD and USDCHF are two popular choices due to their extremely high correlation, so we’ll use those.

Traders generally consider a correlation significant whenever the number is greater than 70%. EURUSD and USDCHF are so popular because they hold the strongest correlation among the major currency pairs. When market volatility was very low a few years ago, it was around -93%. 今日, the correlation tends to hang around -80%. The European debt problems and Swiss National Bank’s intervention have a lot to do with the decrease in this number. Their trading relationships are far less stable.

The same problem with the moving average also appears. Studying the correlation over 50 periods provides a responsive number, but it is also far less consistent than the 200 period correlation. What a short period gains in responsiveness, it loses in stability.

You should also consider whether the correlation that you’re studying makes fundamental sense. Just because the temperature change in Mongolia predicted the direction of USDJPY for the past week does not make it a good idea to use in the future. The same goes with pair trading.

EURUSD and USDCHF should be highly correlated for two reasons. They both contain the same currency in the pair (米ドル), which half weights them with the same instrument. さらに, the EUR and CHF both have strong trading relationships with the US. You would expect both the Euro Zone and Switzerland to share a need for buying and selling US dollars. They need them for buying oil, importing and exporting to the US, など. Anyone with a cursory understanding of macroeconomics could explain why this relationship makes sense.

Correlation traders typically settle on pairs that share a common currency. The EURUSD and USDCHF trade both share the US dollar. When you buy EURUSD and buy USDCHF, you are really:
Buying EUR and
and selling CHF

Notice that the USD cancels itself out. What you are really doing is buying EUR and selling CHF. This is commonly known as the EURCHF pair. Assuming that the spread is not outrageous, it makes more sense to simply buy or sell EURCHF directly rather than going through the convoluted process of managing two open trades.

$137,500 obviously does not equal $100,000. Unless you intentionally decided to trade different sizes, you may want to consider equalizing them.

What correlation is not

Correlation only provides insight into the probability of direction. It says absolutely nothing about the strength of a particular move. A few months ago the USDCHF climbed 1,000 points in value within a single day. The EURUSD only moved a few hundred pips. The USDCHF moved dramatically further than the EURUSD both in terms of pips, but more importantly, as a percentage of price.

Consider if you were short EURUSD that day and short USDCHF. You lost a ton of money. 反対側に, if you were long EURUSD and long USDCHF, then you got lucky and earned the move. Regardless of what happened, correlation told you nothing about the outcome when they move in the same direction. For that reason, I prefer looking at a less intuitive method called cointegration.

Conintegration turns the problem on its head. Rather than asking whether or not two pairs move in the same direction, it asks how likely are they to remain a certain distance apart. 当然のことながら, that distance tends to vary with time. What you want the cointegration formula to tell you is how likely two pairs are to come back to a standard distance. If you see two pairs spread unusually far apart and the numbers tell you that they usually come back together, then it makes sense to consider a pair trade.

Ernest Chan has a friendly introduction to cointegration that I highly recommend. A much uglier, math intensive introduction to the subject, albeit one that is also far more thorough, is in the book Pairs Trading by Ganapathy Vidyamurthy.