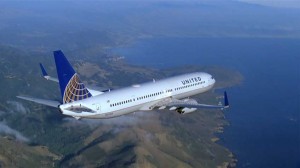 The last two times that I flew to Dublin, United Airlines lost my bags… 両方の時間. 時々, it really is 100% the airlines’ fault.

Those airports are the same ones that I frequent. When I fly to Dublin on Tuesday and I’m potentially 4 hours behind schedule, I’ll be angry. しかし, I’ll also know to direct that anger at Congress instead of the airline.

20 分 – The change here is minimal. I will suffer a great deal of (probably unnecessary) stress. My wife and I might jog across the terminal, looking slightly foolish in the process. それにもかかわらず, the chance of making the connection is near certain.

60 分 – This is scenario is right on the verge of disaster. My poor wife will listen to me groan and bite my nails as I flip out about missing the connection.

If they don’t hold the flight, まあ, then I’m screwed.

Time is the enemy of the traveler. In programming trading robots (or programming anything, 本当に), the delta is the degree of surprise.

通信: You believe that you asked for one thing, but you get another. Items that seem like minor oversights can blow up into major problems.

Chris worked on a project last month that sought to execute a trading grid at precise intervals. Chris’ original version used market orders. A handful of bugs popped up, but the core of the original version worked well. The client, しかし, assumed we would use pending orders and requested that it be changed.

The change ruined the original design. もっと重要なこと, we discovered that achieving exact execution was fundamentally impossible because we couldn’t precisely control the execution time.

私が知っているほとんどの EU 国の付加価値税が既により高い 20%. を開始 2015, EU businesses will be required to collect and track VAT payments for each country where the end customer resides.

すべての MQL エキスパートアドバイザーと指標のいくつかの重要なコンポーネントが含まれて. The general organization of MQL programs does not vary too often.

Files usually start with a declaration of #defines (pronounced pound define) global variables and external variables, also known as an extern data type. They appear near the top of the code to help the read gain an understanding of the variables that will run in the program. 理想的には, the names of the variables and how they are organized should assist the programmer with form a general understanding of what the expert advisor or indicator might do.

The next section is usually the init() 関数, which is the word initialize abbreviated. This section of the code is particularly relevant to programming custom indicators. Most of the general indicator settings like declaring the indicator buffers, the colors to use and other basic features are set within this section. I use init() in every expert advisor that we build to convert the inputs into an appropriate setting for the broker’s pricing. If a client inputs a stop loss of 50 into an EA, I don’t need to do anything if it’s a 4 digit broker. I do, しかし, need to convert the input to work with a 5 digit broker. I run a quick check within init() to see if Digits == 3 || Digits == 5. もしそうなら, then I multiply inputs affected by that setting by 10.

deinit() is the least important section; it’s pretty easy to deinitialize an MQL file because it usually does not take up any system resources. It’s rarely used for anything important. The only uses that I ever have for deinit() are to close an open file handle or to make some sort of closing note. This is often done either on the chart directly through the Comment() function or more often by writing directly into the ログ ファイル.

The start() function is the real meat of an MQL expert advisor or indicator. Whenever MetaTrader detects an incoming tick, it alerts any MQL programs. Those programs then call the start function so that it can do whatever needs doing. All trading operations, calculations, account monitoring, など, occur within this section.

All of the other custom functions within the program appear below start(). I usually prefer to rank them in order of their importance or the frequency with which I call them throughout the program. The order of placement of functions does not affect performance in any way at all. It’s strictly a cosmetic practice that makes programming code more legible.

MQL4 は、プログラム内の 7 つのデータ型をサポートしています. Each type is associated with different trading tasks that programmers need to perform. The goal of this article is to provide a brief reference for when to use each data type.

The double data type is probably the most common type found in MQL programs. This is because it is the type responsible for calculating floating point numbers. Say for example, that an expert advisor needs to determine when to adjust a trailing stop. The expert advisor looks at the current price and subtracts it from the current stop loss to maintain the appropriate distance (1.3230-1.3209=0.0021). The distance requires a decimal point. When the expert advisor saves the distance to memory, it needs to save the information after the decimal point. That forces the programmer to choose a variable of type double.

Integers, or int, is the simpler version of double. Double values require a decimal place to hold the number’s value accurately. An integer, or whole number, does not have a decimal place. Integers are appropriately used when the MQL programmer knows for a certain fact that the number will never contain a decimal. An example would be if you wanted to implement a max trades feature. If the number of open trades in the account exceeds a certain number, then prevent trades. We know in advance that there is no such thing at 4.76 trades being open. There can only be 4 trades open or 5 trades open. This clearly indicates the need to use an integer.

値 0 would indicate that the time is 00:00 1 月 1, 1970. 値 60 stands for one minute later at 00:01 1/1/1970, ように. One benefit of knowing that the datetime type stores information as integers is that you can easily determine the amount of time that happens between an event. If the event starts at 15:35 and ends at 18:12, you can simply subtract 18:12 – 15:35 and wind up with the number of seconds between those values. That information can then be used to determine the number minutes/hours/days between the two events.

The color data type, not surprisingly, holds color information such as black, イエロー, red and so on. Much like datetime types, color also uses integers to store the information. The difference, しかし, is that extracting the color information from the integer is not at all obvious. Increasing a color type from 32768 by one will not necessarily make it more or less green. Colors use the integer information to retrieve the red, green and blue components of the color in hexadecimal format. Explaining hexadecimals is well beyond the scope of this article. It’s unlikely to come up in your MQL programming. I’ve been doing this for over five years and only came across one project that required manipulating a color in way more complicated than alternating between two set colors.

A string is anything that resembles a word or sentence. It always uses quotes to contain the information. My favorite use of strings is to gather information to display on the chart or in a ログ ファイル whenever I need to debug an expert advisor.

Char is the final data type. It’s so closely related to a string that I wasn’t even aware this type existed until I looked up information for this article. If we study the word “貿易”, then we will find that it is composed of the five characters t, r, 、, d and e.

A final note on data types. There are two ways that types are held in memory. An extern variable is one that shows up in the inputs screen whenever an expert advisor or indicator loads. Static variables are the opposite. They remain within the MQL program and never visible outside of it. 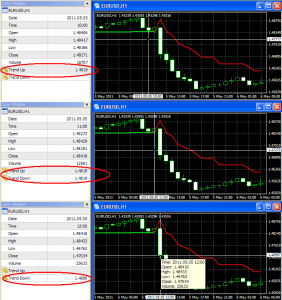 When the indicator says it's red-green and the past bar was red-green, トリッキー取得します。. We are forced to keep looking back through time until a "clean" 赤または緑の値が表示されます。. This enables us to capture the indicator's real value.