One of the decisions that every trader must make is selecting a timeframe for their system. While this may seem like a simple decision, there are actually a lot of working parts involved. Systems that trade on longer-term timeframes are more likely to catch big chunks of trends while posting lower commission costs. 反対に, short-term time frames will allow more opportunities for a system that is profitable on a per-trade basis.

Deciding on a timeframe also brings into question an individual trader’s commitment. Trading a short-term system can require quite a bit of regular time investment from the trader. Longer-term systems can be more useful to traders that aren’t able to commit to spending a large portion of every trading day in front of a computer.

The best way to make this type of decision about your own system is to backtest it on different trading timeframes to see how it would have performed. You can then compare these results to how trading that system would have fit into your lifestyle over that time. Would the returns have been worth the investment?

One of the simplest systems you could possibly trade is simply buying a general market ETF when the price closes over a certain simple moving average (SMA) line and then selling it when the price closes below that line. In order to create some comparison data, I backtested this system on the Vanguard Total Stock Market EFT (VTI) from January 1, 2001 12 月まで 31, 2010.

For each of these backtests, I used a starting capital of $10,000. In addition to exiting on a close beneath the SMA line, I also used a 10% trailing stop on each trade and assumed a $7 commission on each trade. In order to compare different timeframes, I ran three separate tests using the 50-day, 100-日, and 200-day simple moving averages.

The 200-day SMA System ended the test period with $17,246.01, which was good for a 72.5% return over the ten year test period. その時に, the system only recorded 5 取引. これらの取引の, 2 勝者だったと 3 敗者. This represents a winning percentage of 40%, but that could be the product of a small sample size. This system posted a maximum drawdown of 34.2% and paid a total of $77 in commissions. 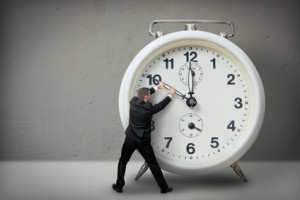 Your system might do better if you use a different time frame.

、 50/200 Crossover System ended the testing period with a total value of $18,095.29, which equals a total return of 81%. The system logged 4 winning trades and one losing trade. This works out to a winning percentage of 80% in what is obviously a small sample size. The system logged a maximum drawdown of 14.5% and paid a total of $77 in commissions.

It is important to keep in mind that both of these systems are trend following in nature. That explains why they perform better on a long-term basis. We would likely get very different results if we ran this type of experiment on mean reversion systems.

This simple distinction is a huge lesson that we can learn from these tests. If you want to trade on a long-term timeframe, you might want to consider a trend following system. If you are trying to trade on a shorter-term timeframe, a mean reversion system might be a better fit. You should do a careful self-analysis to decide which style and timeframe is best suited for your personality.