One of the misconceptions that many quantitative traders fall prey to is neglecting to consider that their strategy will eventually stop working. We are led to believe that once we develop and backtest a profitable strategy, we will simply be able to print money indefinitely. しかし, this is almost never the case.

Due to the unpredictable nature of financial markets, all systems and strategies will eventually fail. 少なくとも, they will need to be adjusted. This means that developing a trading strategy is an ongoing process, not a one-time project. 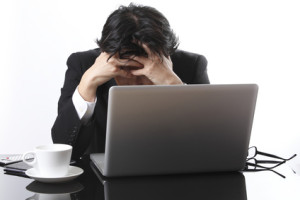 Eventual system failure is inevitable for all types of strategies. Are you prepared for it to happen to you?

Daniel Fernandez from Mechanical Forex wrote a post on this topic earlier this week. He suggests that the ability to detect system failure with as little pain as possible is a pivotally important aspect of Forex strategy development. He explains why all quantitative strategies are bound to fail eventually:

Eventual system failure – what we can call system death – is an inevitable consequence of an edge developed on a finite amount of information on a market with potentially infinite variations.

Fernandez made some particularly interesting points about the process of detecting potential system failure. In order to detect that a strategy no longer working, a trader will most likely have to go through a difficult losing period.

Through extensive バックテスト, walk-forward testing, and monte carlo simulations, a trader can establish parameters that describe a normal losing period for a given strategy. In order for that trader to determine system failure, they will have to trade through that normal losing period and then some.

The interesting concept that Fernandez brings up is that different strategies will have different conditions for those standard losing periods.

Trading systems that are based on low winning percentages and high reward to risk ratios are expected to have long losing streaks. したがって, it would take an exceptionally long losing streak to signal that system failure is possible.

Fernandez also adds that these types of strategies often rely on a few very profitable trades to make up for lots of small losses. That means that missing one key trade could result in a false signal that the system has failed.

Strategies based on high winning percentages and low reward to risk ratios pose the exact opposite problem. They experience much shorter losing streaks, so they are able to identify system failure much sooner.

もちろんです, the losses that these types of systems do take are often very large. While it might be a short string of losses that identifies the system failure, those losses are likely going to be incredibly painful.

Fernandez concludes that the systems that provide the least painful means of detecting system failure are strategies with moderate winning percentages and reward to risk ratios.

He suggests that systems with reward to risk ratios around 1 宛先 1 と winning percentages just over 50% are able to signal failure in the best manner. These types of strategies can signal failure quickly, without crippling the buying power of an account.

The last topic that Fernandez mentions is the trading frequency of a strategy. もう一度, he suggests targeting a middle-of-the-road approach.

The fact that high-frequency trading systems can run through long losing streaks quickly might be seen as an advantage. Fernandez points out that this can be a double edge sword. Short term disruptions in market behavior can lead to false signals of system failure.