Why do some trading systems underperform their backtesting results when used for live trading? 何度も, its because they were tested across a small sample size, which created misleading results.

One of the most exploitable inefficiencies in all of fantasy baseball is a general ignorance of small sample size. If a player gets off to a hot start in the first two weeks of the season, he will command a premium value. しかし, if the same player has the same two week hot streak in August, hardly anyone will even notice. This is because there are four months of other stats that likely even out the player’s performance for the year. 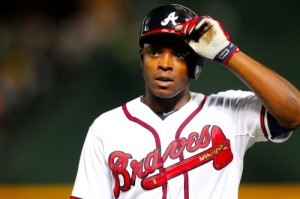 Atlanta Braves outfielder Justin Upton provided a great example of this inefficiency this spring. At the end of April, Upton had posted a batting average of .298 and had hit 11 home runs. その時点で, he was widely considered the best player in fantasy baseball and was commanding incredible trade prices. In the almost three months since then, his average has crashed to .252 and he has only his five more home runs.

明らかに, it would have been unrealistic to expect Upton to continue that level of performance through an entire season. Despite that fact being so obvious, there were still a huge number of people who traded for him, paying prices that indicated that they believed he would be able to keep up his incredible performance. These people allowed their System 1 thinking to rationalize reasons why he could continue his incredible performance. They ignored the fact that the sample size was only one month out of a seven year professional career.

The problem was that, while Puig may be a special talent, no one in baseball could possibly maintain a .436 平均. (Not one single player has hit over .400 for an entire season since Ted Williams did it in 1941.) There was no possible way that Puig would be able to maintain that pace. しかし, there were a number of people who traded for him as if he could. 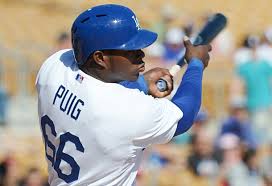 The results actually have nothing to do with the location or political affiliation of the counties. Those counties reported the highest and lowest incidences of kidney cancer because they are small sample sizes. このため, they are more likely to have skewed results. Just like Justin Upton and Yasiel Puig’s hot starts, there simply isn’t enough data to make a rational argument.