これは、外国為替市場での絶対的な大虐殺です. The tide’s gone out and it’s now very apparent who has good risk management systems in place and who was reckless safeguarding your deposits. 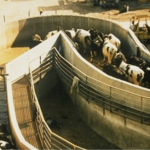 FX brokers are led to the slaughterhouse.

One of first articles that I send traders on the free EAs list is how to protect yourself from a forex broker bankruptcy. It’s absolutely, critically important where you decide to trade.

I trade at Peppertsone と I strongly recommend that you trade at Pepperstone, あまりにも. They made it through this crisis unscathed. They’re well regulated. They’re in a safe and stable banking jurisdiction. と… they’re still running a thriving business.

PS: QB Pro made it through the CHF chaos unscathed. We closed out with a nice profit yesterday.

I spent all of Wednesday at the Forex Magnates conference in London. Although it’s been around for several years, Forex Magnates is the go-to site for everyone in the forex industry. I ran into a surprising number of colleagues, which came as quite a pleasant surprise.

The presentations on the 10 most unique ideas in the forex industry really caught my attention. One of my favorites was tradable. They must have some massive venture funding. Their site looked spectacularly well done and they employ 37 people despite launching this year. The company has built an open source API usable by both brokers and traders with a social network stacked on top of it.

One of the speakers on an earlier panel mentioned how nearly every industry has some type of open source code that unites how business is done. Banking, たとえば, uses the SIWFT system for international settlements. The institutional forex side has the FIX protocol for electronic trading. Retail forex, despite roughly 15 years of existence, is still a highly fragmented industry. MetaTrader is the only platform uniting disparate brokers. The sentiment across the room was that everyone except Alpari was grudgingly pushed into using MT4. The other brokers made it clear that they wouldn’t be upset if something else came along. An open source system, which means that you can 100% customize the platform, could be the rival that unseats MetaQuotes. Kudos to tradable for taking the initiative and placing it into a social network.

I also enjoyed the presentation from Rosario Ingargiola, the founder of FxOne. Rosario’s big idea is to help reduce the need for programming by moving into a platform that every major institution uses: Excel. It may surprise most readers to learn that multibillion dollar hedge funds trade using Excel, but it’s true. Excel is such an easy platform that the quants can easily navigate and do their data analysis without any major effort. It’s the lack of programming that attracts them. When they’re ready to launch, they hand the spreadsheets to a programming team to do all the backend wiring for making the trades happen.

FXOne has skipped that step; the backend wiring is already done for you. Rosario’s big idea is to reduce the programming requirements sot hat anyone who can work a basic spreadsheet with formulas can automate a trading system. You might find it unusual for a programming company to promote a system that claims to eliminate programming. 現実には, I don’t expect programming would be entirely eliminated. Most people are uncomfortable with logical processes of if-then statements. Most of our customers use us to help organize their ideas. Although most people don’t realize it, I feel that our programming service is most valuable as a “thought organization” process rather than directly as a programming service. I already looked into the FxOne platform about a month ago and have spoken with Rosario on multiple occasions. I expect that we’ll have a role to play with most people who’d like to trade on spreadsheets.

The CEOs from FXCM, Saxo Bank, Alpari and GAIN were all in attendance. As nearly everyone commented, I don’t think we’ve ever seen the heads of our industry all garthered in one spot before. The topic of the CEO panel discussion was mergers and acquisitions, which started gaining attention recently. FXCM launched FXCM Ventures earlier this year with the intention of spotting buyout opportunities. Saxo Bank keeps making headlines through its purchases of white label partners in developing markets.

The CEO group unanimously bemoaned the lack of volatility in the market. Broker profitability directly correlates with market action. Traders don’t trade when the markets are quiet and boring. I had been wondering why the stock of FXCM and GAIN has gotten hammered so badly this past year. Both chalked it up to the decline in trading volume. As Drew Niv noted, his company has increased its number of accounts fivefold in five years, yet profitability is still flat.

メタト レーダーのアルパリの最近の発表 5 mql5 を翻訳依頼の小さな波を引き起こした. Most traders assume that MT5 is about to take over the world. Perhaps it’s better to front run any potential problems. I assure you, しかし, that there’s no need to panic.

The launch mainly signifies that the larger forex firms will start rolling out their own installations of MT5 within the next six to twelve months. Rumor has it that Alpari’s owners are very close to the owners of MetaQuotes. Perhaps this is hearsay, but it’s my impression that Alpari is the first among equals when it comes to MetaQuotes’ clientele. Alpari did pay up the wazoo, しかし, for their license. Maybe they’re just getting rewarded for adopting the new platform so quickly.

Most brokerages, especially the large ones, are not chomping at the bit to adopt the new release. 実際, most of them hate MetaTrader with a passion. The back office is written largely for brokerages that exclusively want to use MetaTrader. The larger brokers, all of whom invariably offer their own proprietary platforms, have to jump through a lot of hoops to get all the moving parts between separate back office systems working in sync. The rollout will likely embroil their IT staff in problems for months on end. I seriously doubt most CEOs are looking forward to the switch.

また, offering MT5 as the primary platform does not mean that your brokerage is going to flip the off switch on MT4. They depend on MetaTrader 4 for their cash flow. Brokerages will not sabotage themselves by preventing all of their customers from trading.

Rollouts of new technologies usually occur over a period of 9 months or more. When I worked with FXCM, I remember the handful of clients that refused to switch from Trading Station I to II. It wasn’t until 2 years after the initial release of the new version where the company decided to drag the stragglers kicking and screaming onto version II.

The switch from MetaTrader 3 宛先 4 worked in much the same way at the brokerages offering it at the time. It wasn’t until two years or so after its initial adoption that version 3 went by the wayside.

You have little to worry about as a retail trader considering the switch over to MT5. If you want to program a brand new EA and your broker already supports MetaTrader 5, then you should definitely program it in MQL5. それ以外の場合, stick with MetaTrader 4. It still has years of shelf life.