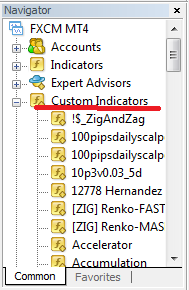 The most common way to show a logarithm is to decide which base number to use. The more mathematically inclined gravitate towards Euler’s number e. Most people unfamiliar with logarithms prefer base 10. It feels more intuitive.

We’re talking about math stuff, so allow me to bring it down to a more friendly level. The process of following logarithmic prices means following the exponent of the number. That’s what I mean by the exponential change.

As the price rises, the exponent will change. しかし, it takes an increasing amount of price movement to get the logarithmic price to budge. The differences are usually not very clear between individual bars. The point of the exercise is to allow traders to distinguish between long term trends versus a drifting price.

As cataclysmic events like Enron unfold, the logarithmic chart exaggerates the move by making the earlier trends appear bunched together, whereas the free falling stock price sticks out even more than on the linear chart.

A great stock like Disney, which appears in the video, exhibits the opposite behavior. The price looks dead in the water for years until it exploded upwards over the past year or more. When viewed on the logarithmic chart, the price rise tends to look less exciting. It mutes blow off top and makes them appear more like a consistent trend.

Changing charts from linear to logarithmic is very simple in NinjaTrader, once you know where to look. Special thanks go to koganam on the NinajTrader forum and Walker England for suggestions on this topic.