Let me ask you a question. What do you think is the first thing you’d need to do to become an algotrader? You might respond, “Learn programming, sudah tentu! How else?” Well, you’d be wrong.

If you plan to learn programming for the sole purpose of becoming an algotrader, you’re likely to get lost. Akhirnya, in despair or frustration, you’ll give up on algotrading.

The first step is to figure out which trading algo you want to make. Dalam erti kata lain, what are the functions and strategy it should implement? Then you test it and finally, move on to the programming part. Dengan cara ini, you’re focused like a spotlight. You know exactly what your algo should do and can focus on the exact functionalities you need to learn to make it happen.

And what determines the flow? Sudah tentu, it’s the conditions. What we call the “ifs.” “Ifs” can be one condition or have many “ands” and “ors.” That’s how you decide what your algo should do in any given circumstances. The conditions to the algo are what the brain is to the body; they do the thinking. 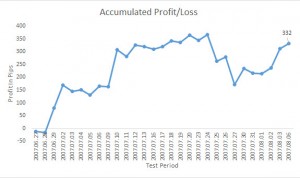 ok, you’re not a “baby” anymore; you have a good idea of what an algo trader needs to do. Now that you’ve got the concept down pat, you’re ready to begin learning programming.

But if you trade with a different broker, you’ll have to decide which best suits. Secara peribadi, I recommend starting with MQL, just because it’s easier. Kemudian, you can move into Python, which is a rather easy language to learn or C++ if your algo needs to work fast. If you algo is heavy on the math then perhaps R would fit.

Atau, sudah tentu, you can learn from a book. I am more of a book person, but that’s just me.

Unlike the first two baby steps, no one would ever say that learning to program was a baby step. Sebaliknya, it’s more of a giant leap. It takes time to learn and to master, though it is worth it in the long run. Sementara itu, you can always use libraries of codes on the web for more complex algos. The thing is that once you’ve accomplished the first two baby steps, making the final leap into programming is a no brainer.