The best way to improve your trading system is to leave it alone. The best way to increase your returns is to turn off the TV and stay off of the internet. The best way to trade is from a cabin in the mountains with data that is a week old. That’s not what you’re used to hearing, is it?

“A very rarely discussed property of data: it is toxic in large quantities – even in moderate quantities.” – Nassim Taleb

We have more data at our fingertips than any generation before us could have ever imagined. We can pull real time market information out of thin air in any small town that has a coffee shop. We can watch multiple 24 hour cable news networks from a hotel room anywhere in the world. Not only is data accessible, it’s surrounding us, and closing in fast.

The problem with all of this data is that it can be too much. We can have trouble seeing the forest because we’re too busy staring at the trees. This is especially true in the trading world. It is far more exciting to trade every hour than every month. According to your television, trades should depend on the next non-farm payroll report. But what if they’re all missing the point. What if simpler is better?

Simpler is better. Find a trading system with a long term track record, and then only track your returns over the long term. However, this is easier said than done.

In Book II of Antifragile, author Nassim Taleb presents his concept of naive intervention. This happens when we unnecessarily interfere in an attempt to help, but end up doing more harm than good. 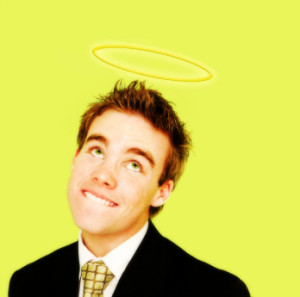 I *never* mess with my open trades… ever… I promise.

The most classic example of naive intervention is Alan Greenspan continually interfering with the economy in an attempt to smooth out the cycles. Despite his intentions, by smoothing out the bumps along the way, Greenspan dramatically increased the fragility of our economy. The result was a complete financial meltdown in 2008.

Many traders attempt to do the exact same thing with their trading systems. In an effort to avoid taking any losses, many traders either overtrade or constantly tweak their systems. This can lead to missing out on the big moves because of focusing too much on the smaller moves. I have fallen into this trap many times throughout my trading career. I lost count of the number of times that I have interfered with or adjusted systems based on what turned out to be insignificant data points.

The Neurotic Fellow vs The Mafia Boss

Taleb uses examples of a neurotic coworker who freaks out over everything and a calm mafia boss who chooses his words very carefully. The neurotic fellow overreacts to even the slightest changes, while the mafia boss almost never reacts to anything. He waits for only the most important times to speak up.

This is the attitude we need to take with our trading systems. There will be ups and downs, but we shouldn’t rush in to save the day and fix all of the problems at the first sign of a slight loss. We need to wait for the most significant places to intervene. It can be very difficult at times to tell the difference between the general noise and a signal that something needs to be adjusted.

My Struggle To Fight The Noise

Throughout my evolution as a trader, I have had my struggles with overexposure to data. I have been suckered by cable networks that scream “Buy, Buy Buy!” but never tell you when to sell. I have tried trading systems that I didn’t understand, only to question them at the first sign of weakness. I have bought on insider tips as well as expert analyst recommendations. None of this worked because it was all noise.

Once I evolved past that level of noise, I was introduced to the next level of noise. Every time I opened a position, I became addicted to refreshing the web browser to calculate my up-to-the-second return. I then found myself making decisions based on the price movement over the past five minutes even though I established the position based on the last five months. This was a cruel addiction.

The struggle for me today is in determining the difference between the real signals and the noise. I have gotten dramatically better at focusing on the big movements and tuning out the tv networks and penny stock twitter experts.

Focusing On The Big Stuff

“The best solution is to only look at very large changes in data or conditions, never at small ones.” – Nassim Taleb

In almost any career or hobby, it can be very easy to lose yourself in the details. It happens to everyone, everywhere. The power of the urgent issue at hand to consume our entire world can lead us to spend all of our time obsessing over things that aren’t important in the long run. We have a passion for the moment, and many times, the moment is just a head fake.