Neural network is one of the more recent buzzwords in trading. It sounds cool and sophisticated. Not too many people seem to understand what neural networks are all about.

Neurons in the Real World

Our brains are phenomenally complicated. What surprises most people, however, is that the brain is more or less an enormous box of circuits. Neurons are cells that act like circuits with “electrical wires”, called axons, that run out and connect across the human body. Every motion, perception or action that you do is the sum of all the axons firing electrical impulses. Change occurs whenever the frequency of electrical impulses sent from the neuron varies. More impulses cause one reaction, a reduction causes another.

Neural networks attempt to emulate processes of the human brain by organizing information into neurons. Unlike actual neuron cells, a network neuron only exists in the machine. It’s a machine weight that contains information about whatever is under study.

A neural network for a trading system might decide to study common indicators like a moving average, the RSI and Stochastics oscillator. The moving average value for the current bar counts as its own neuron. The RSI is different, so it gets to be a separate neuron. If I have ten indicators in my toolbox, then I have 10 neurons in my network.

Computers traditionally solve linear, simple problems. If you want to know the result of mathematical operations like the cube root of 355, computers are perfect for the task. They rapidly calculate a precise answer.

As in human brains, neural networks form synapses with other neurons. When trained, groups of neurons can learn to recognize patterns. It is this property that makes neural networks so useful. This allows us to create programs that would be impossible with traditional computing. Creating a software program to recognize a face, for example, would be extremely difficult. It is much easier to train a network to recognize a face by repeatedly showing the network faces.

The brain is a fascinating topic in its own right. As an aside, my wife and I are taking a survey course in neuroscience through a video series of The Great Courses. If you have any interest at all in the subject matter, I highly recommend Understanding the Brain by Jeanette Norden. It covers in detail how neurons connect to anatomy throughout the brain and entire body.

The “best trading system” problem is ambiguous, which makes it an ideal candidate for attacking with neural networks. The designer outlines sets of rules which, in the trader’s opinion, form a numerical way of measuring the best system.

Human brains host approximately 100 billion neurons. Despite the best efforts of many of our customers, I have yet to meet anyone with 100 billion market indicators at their disposal. One way to amplify the effect of neurons in our toolbox is to create hidden layers.

Pictures make the idea far more intuitive. Figure 1 contains a small example. The 2 and 3 on the left are the inputs into the network. These inputs get multiplied by the weight of the connection to the next layer. The 2 is multiplied by 0.5 giving us 1, and 3 by 2 giving us 6. The second layer contains one node which sums up the results from the previous layer, giving us 7. The next step would be to multiply 7 by the weights on the outgoing connections and pass it onto the next layer.

Figure 1: An example of a neural network propagating results forward. 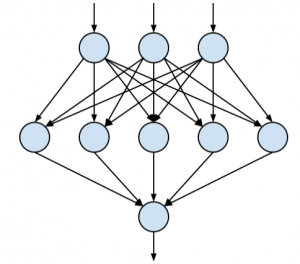 Figure 2: An example of a larger neural network.

The network learns by updating the weights of its many connections. There are many software algorithms that are used to accomplish learning in neural networks. They fall into two categories, supervised learning and unsupervised learning. Supervised learning is accomplished with the user telling the network if its predictions are correct or not. The network then calculates its error and uses one of the algorithms to correct the mistake. An example of this is reverse propagation, which calculates the error of a network’s prediction. The network then uses a quick algorithm to update each of the connection weights with that error. Reverse propagation is one of the more common training strategies.

Unsupervised learning uses some type of fitness or scoring algorithm in which the network will score itself with and try to improve on every subsequent attempt. An example of unsupervised training is the genetic algorithm. This algorithm creates a population of neural networks and uses a scoring algorithm designed by the user to rank the population. After that, it is survival of the fittest. The top ranked networks get to stay and “reproduce” and the bottom ranked get thrown out. The networks reproduce by mixing and matching connection weights.

Neural networks can substantially assist systems traders in their algorithm design by exploring billions of combinations among a relatively small toolbox of indicators. This differs from standard optimization, which involves plugging numbers into various indicators looking for whatever combination returns the most money.

The fact that networks can consider multiple measures (balance, Sharpe Ratio, etc) to determine the best trading system helps reduce the likelihood that it overemphasizes one particular measure. A good example of this is account balance. If a system weighs the give and take between the net return and the risk adjusted return, it starts to step away from number crunching to discover the best numbers to use and head towards actual learning and pattern recognition.

Neural networks are proving themselves to be very useful in a wide range of applications from facial recognition to currency market predictions. They excel where there are patterns that are difficult for us to recognize. That ability makes networks invaluable in solving difficult problems involving multiple variables.