Quantitative traders are constantly frustrated by momentum indicators that appear to perform well on backtests over large data samples that then fail to perform as well moving forward.

There is no shortage of indicators that could potentially work in the future. The difficult part for strategy developers is determining which ones are most likely to actually deliver solid results. 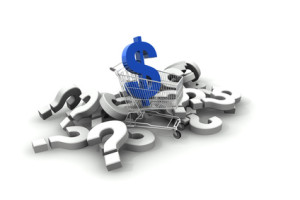 Selecting an indicator for your trading system can be overwhelming because there are so many to pick from!

Ivannp from Quintuitive has put together a basket of different indicators that he believes could perform well in the future. His plan is to perform a similar testing process on each of them in an attempt to identify the strengths and weaknesses of each indicator.

The DVI indicator oscillates between 0 and 1. The basic strategy to trade it, is to enter short if the close is above 0.5, and a long otherwise. Despite its simplicity, this strategy is quite successful.

He continues by producing backtesting results of trading the DVI indicator on the SPY from its inception through 2009. His results are mostly positive:

As expected (by the performance of the basic strategy), 0.5 seems like a good entry point. The returns are consistently positive below and negative above.

The long positions (below 0.5) observe quite nice, although not perfect, improvement the lower the value of the indicator.

Thus, one may consider strategies which increase the position size as the indicator moves lower.

He also notices an interesting quirk that appears in the short positions:

The most striking observation is that the returns are positive (losing trades) for DVI measurements higher than 0.9!

That seems to suggest that once the value passes 0.9, exiting a short, or even entering a long, may improve the returns.

Ivannp continues by diving even deeper into his analysis of the DVI indicator. His conclusion is that the indicator could be a very useful component of an S&P 500 based trading system:

My conclusion is that the DVI is really, really good on the SPY.