Markets are capable of changing dramatically while we are asleep. This can be seen in all types of markets for many different reasons.

Many traders avoid ever carrying a position overnight. Others ignore this concept because they believe that the impact is minimal over the long-term. Some traders simply avoid taking positions ahead of key news announcements, which is usually what trigger big overnight moves. 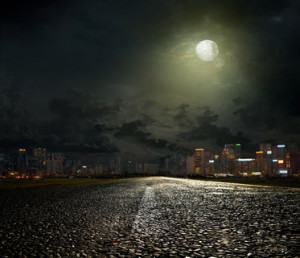 Sometimes markets make significant moves while they are closed for the night. Could we develop a system to capitalize on these overnight edges?

Jeff from Alpha Interface took a different approach to this idea when he wrote a recent post summarizing some research he found concerning large overnight price moves in US stocks. Based on the research Jeff wrote about, there may be an overnight edge in trading these moves.

The research Jeff summarized was a paper by Berkman, Koch, Tuttle, and Zhang. They examined 3,000 US stocks from 1996 through 2008 looking for strong positive overnight moves. Here is what they found according to Jeff:

They found a strong tendency for positive returns during the overnight period followed by reversals during the trading day.

This behavior was driven initially by an opening price that was high relative to intraday prices.

It was concentrated among stocks that had recently attracted the attention of retail investors (typically due to a news announcement), it was more pronounced for stocks that were difficult to value and costly to arbitrage, and it was greater during periods of high overall retail investor sentiment.

So basically, when stocks make large positive moves overnight, they tend to go a bit too far. Jeff’s piece continues my suggesting how traders could take advantage of this:

Their tests were predictive and thus indicated that postponing purchases of these stocks from the open until later in the day can avoid these hidden costs.

Similarly, selling these stocks at the open, rather than later in the day, can lead to major improvements in performance.

Obviously, this idea would need a lot more development before it could ever be a legitimate strategy. However, it is a very interesting concept.

It would be interesting to research how many “significant” overnight moves actually happen over the course of a year. This would probably vary a great deal based on the stock universe and your definition of “significant.” From there, you would want to determine the percentage of those trades that would have been profitable and calculate the returns on both the winners and losers.

While this system would require a lot of effort to develop, it could be the type of short term strategy that keeps your capital out of the market most of the time. That would give it the added benefit of protection from Black Swan events and some slight interest income from the risk-free asset you kept the capital in when there were no trades to be made.