Strategies that can demonstrate huge winning percentages through unbiased backtesting are extremely appealing. Imaging the streaks that you could run up if your system was winning on better than 80% of its trades! 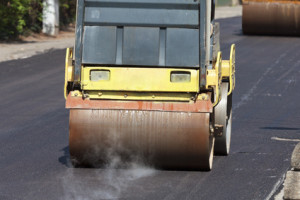 Many high win percentage strategies are described as “picking up pennies in front of a steamroller” because of their potential for severe losses.

These types of strategies are often referred to as “picking up pennies in front of a steamroller,” which provides a vivid mental image of the potential pitfalls. In a recent post, Dan from Theta Trend thought it would be an interesting case study to see how one of these “steamroller” strategies would have fared over the course of 2013.

The strategy that Dan tested was a version of his pTheta strategy. Here is how he describes it:

If the market is closed on a Thursday (Thanksgiving), the strategy sells the verticle spread on the next day. Dan explains that his strategy uses the Parabolic SAR indicator as a trend filter to determine the direction of his trade:

This gives us the basic outline of a simple options strategy that makes one trade every single week with a very high winning percentage.

Over the course of 2013, Dan’s Accelerated pTheta Strategy would have made a total of 52 trade. Of those trades, 44 would have been profitable and 8 would have been losers. That works out to a win rate of 84.62%. 33 of the trades were on the long side, and the remaining 19 were on the short side.

The average winning trade returned a profit of 0.425%. The average losing trade cost the account 1.701%.

The equity curves Dan provides do a great job of illustrating the steamroller point. Both versions of the strategy were cruising right along when they were suddenly smacked with severe losses in early April. Dan explains that there were actually two huge losses in a row that month.

Dan explains that the major flaw with strategies like this is that when things get bad, they do so in a hurry. It is also a concern that the very low point of the equity curve is exactly where most traders would give up on the strategy. If you started trading the 10% Max Loss version with $10,000 in January of 2013, after the two big losses in April you would be left with less than $8,000. Would you have the courage to keep trading?