Behavioural finance is a field that aims to combine behavioral and psychological theory with economics and finance to provide explanations for why people make irrational financial decisions. Portanto, findings in the field of behavioural finance can be very valuable to those who actively trade the financial markets.

Neste post, you will be introduced to 5 behavioural biases you should be aware of to become a better trader.

Excesso de confiança, in behavioural finance, refers to being overconfident in the information we base our trading decision on and being overconfident in our ability to digest and act on that information. Overconfidence has the tendency to lead to traders putting on riskier trades than one should, especially after having generated several winning trades in a row. It can also lead to traders not diversifying their investment portfolio enough. Be humble, respect the market and double check the sources of the information that you base your trading decisions on.

Mental accounting refers to people treating money differently depending on how they earned it and which accounts they hold it in. Por exemplo, people tend to take higher risks with their trading profits than with their initial investment capital. It is important to become aware if you do this also, as there is no reason to treat money any differently whether you earned it at your day job, received it in the form of an inheritance, won it at the casino or generated it through profitable trading. 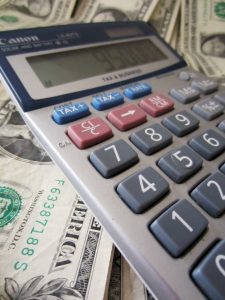 According to Mark Priest, Head of Index & Equity Market Making at ETX Capital, “loss-aversion bias in forex trading can be a tricky to overcome. We easily get attached to a losing trade, which we believe will end up in the green. Contudo, it is often better to cut losing trades and place that money into a more profitable trade and make back your losses that way.”

Herd mentality, ‘herding’ or ‘following the crowd’ refers to putting your money into securities or sectors because ‘everyone’ is doing so. Herd mentality often occurs during a financial crisis ou, conversely, when certain stocks or sectors have become ‘hot’ and receive a lot of media attention. Contudo, at that point the ‘smart money’ has already invested and is waiting for more people to pill into the investment so that they can sell at a large profit. If you are ‘late to the party’ to due falling victim to herd mentality you can easily make a substantial loss once the ‘smart money’ sells and the investment goes south. 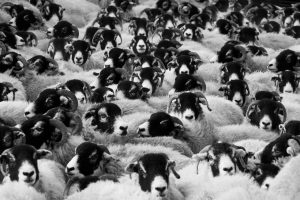 Portanto, choose your investments wisely and not based on the media hype around a certain stock or sector. Once an investment hits the media spotlight it is usually too late to invest and it will most likely soon go the other way.