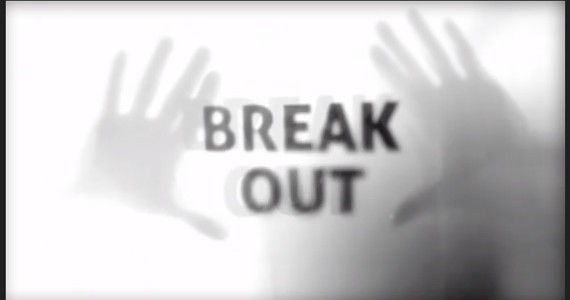 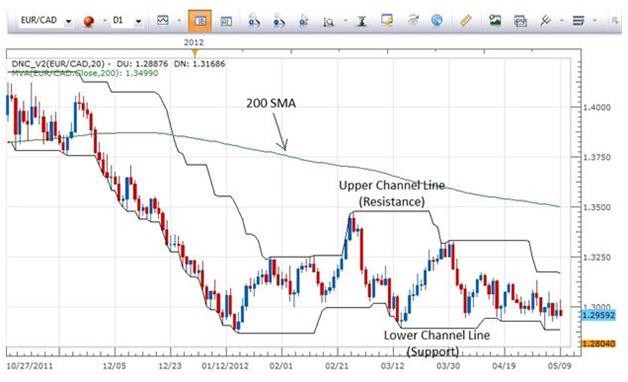 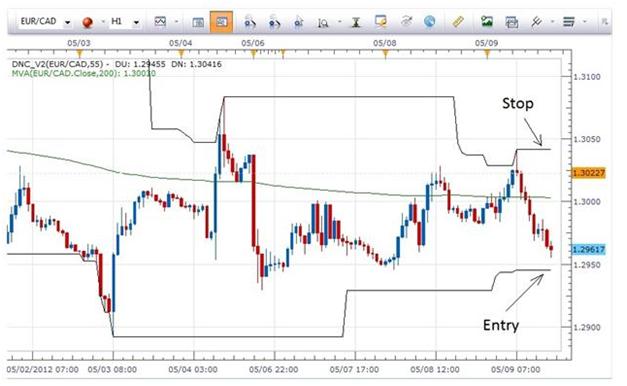 A Donchian channel measures the highs and lows of the price over a certain period in time. A lot of traders use this concept in their trading, although they are not familiar with the name Donchian.

Most Donchian channel expert advisors attempt to catch breakouts. I almost never see people use it with a ranging approach. Most traders want to ride the excitement of an ever-increasing market. The price, especially with the forex majors, often strikes the previous high or low. The price surges for a minute, only to retrace to well within the previous channel.

The hazard of using Donchian channels as breakout strategies is if you jump too early, you risk making a big fuss over nothing. If you jump too late, then you miss the move. I have not found any method for predicting when these moves will happen. My experience with fractal markets is that the period of a new movement, big or small, is totally random. The condensed trading time and low liquidity make it extremely difficult to try catching a move as it happens, at least on an intraday basis.

I have not done any testing on this, but I suspect that a ranging approach might work better. Most momentum traders are weak hands. They only play when there’s action. As soon as the action disappears or reverses itself, they all tend to leave the party. The dominance of retail traders favors a contrarian approach.

Most traders look at similar points to decide when momentum is truly occurring. They use Donchian channels, although different traders tend to use different periods. The important take-away is that the precise price that they care about tends to vary ever-so-slightly based on the period selected. The Donchian price is more or less the same, regardless of the period.

As an example, you might choose a lookback period of 55. The Donchian channel would consist of the highest high that occurred within the past 55 bars. The high could have occurred on the 55th previous bar or 10 bars ago. Time is ignored. The channel’s low corresponds to the lowest low in 55 bars or periods.

The most famous Donchian channel method comes from Richard Dennis and his Turtle traders. Dennis and friend argued over whether good traders were made or born. As wildly successful traders, they had several million dollars at their disposal to settle the bet.

The system used the 55 period high and low to determine the entry. When today’s price strikes the highest daily high in the past 55 trading days plus one tick, the trader enters at market. The system focused on commodity futures.

As a winning trade increased in value, the Turtle Trader added a second trade to his floating winner. They used recent volatility and their own risk variable, called N, to determine how far or near the second entry should occur from the original. They would do this up to 4 times, eventually letting their massive winners ride for months.

The system worked extremely well through the 1980s. My understanding is that the performance degraded towards the end of the decade.