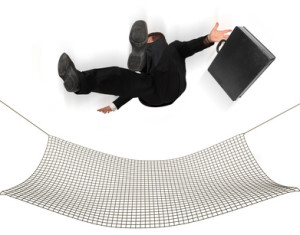 Continuing from the post, we are adding a maximum stop loss. The stop is evaluated at the close each day with the exit happening at the close.  The tested stops are 5%, 10% and 15%.

The version of the best performing stocks strategy that we looked at in the previous post utilized a market timing indicator and a six month look-back period. That strategy produced a CAR of 10.48% with a maximum drawdown of 42.22%. Here are the numbers when 5, 10, and 15 percent stops were added:

As you can see, adding the stop loss doesn’t do much for the CAR, but it does a great job of reducing the maximum drawdown. When the stops were applied to the version of the strategy with a 12 month look-back period, the impact on maximum drawdown was similar, but the CAR saw a bit more of an increase. When the stops were applied to each of the two versions without the market timing indicator, we saw a slightly less impact on drawdown and a much greater impact on CAR.

Alvarez also commented that in almost all cases, the 5% stop was the best performer, which he thought was unusual:

The worst performing stocks version of the strategy that we looked at used the market timing indicator and a six month look-back period. The strategy without stops had a CAR of 13.05% and a maximum drawdown of 27.88%. Here are what the numbers look like when the different levels of stops were applied:

In this case, adding the stops has really hurt the strategy. While there was some improvement in the maximum drawdowns of some of the versions, adding stops basically crippled the CAR of all of the worst performing stocks strategies.

One of the most important concerns of any trader is protecting capital through risk management. One of the biggest threats to risk management is positions that suddenly crash and lose a large portion of their value overnight.

Anyone who holds trades overnight is likely to experience this sickening situation eventually. Many times, these dramatic and sudden losses will completely take us by surprise. It is important to have a plan in place to handle this possibility so that you are not tempted to make an emotional decision. 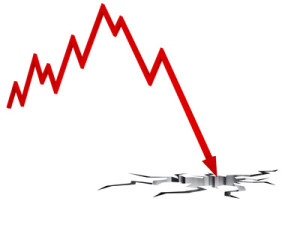 While broken arrows are rare, you should still have a plan in place to handle them.

Cesar Alvarez calls these kind of collapses broken arrows because the chart will show an increasing trendline that is broken by a sudden drop in price. He recently wrote an article investigating which exit strategy would be the best way to handle a broken arrow.  He started that piece by addressing the importance of having a plan in place:

If a Broken Arrow happens to you, do you know your exit strategy?  I can tell you that if you hold trades overnight, a Broken Arrow will eventually happen.

When a trade goes Broken Arrow, as it did with EXPE, the first thing I do is go with my plan.  Not a plan that I invent after it happens, the plan I created before I entered the trade.

In this particular case, my plan was to simply hold until the next 5 day rotation period (I was trading this in a rotation system).

In order to test which broken arrow strategy would do the best job of recovering capital, Alvarez needed to identify a number of broken arrow trades. He chose to use only market data from 2009 to the present so that the results would reflect our current bull market situation. Finding enough broken arrows still proved a difficult task:

Next I tried down 20% or more and this only gave 34 trades. Trying losses of 15% or more gave 121 trades. Enough in a pinch but I really wanted more. So I devise a way to take a look at a bigger universe of stocks.

By expanding his universe to the top 1000 dollar volume stocks, he was able to increase the number of trades to 318. This gave him the universe to test the following three exit strategies:

Surprisingly for me, each of the three methods returned better results than exiting at the close of the day the broken arrow occurred. Exiting on the next day produced and average profit of 0.77%. The other two exit strategies did even better:

Looking at the Top 1000 stocks, the results between exiting when RSI(2) > 70 or exiting five days later give about the same results. But more importantly, almost 2x better results than exiting the next day’s open.

Based on the difficult time Alvarez had identifying enough broken arrows to test, this is not the type of situation you will find yourself in regularly. However, it is important that you have a plan in place to handle this type of situation should it occur. If you trade long enough, the odds are that you will eventually be confronted with a broken arrow.