This is the third post in a series covering the work Larry Connors and Cesar Alvarez have done using the 2-period RSI as an entry signal. In the first post, we discussed their evidence that shows how accurate the indicator can be in identifying short term oversold situations. Then, we reviewed how they took that entry signal and built the Cumulative RSI System around it.

In the second post, I noted that Connors and Alvarez had suggested that there were a number of different exit strategies that could be implemented. In a later chapter of their book, Short Term Trading Strategies That Work, they discussed five different types of exits and then provided data from backtesting some of those signals. 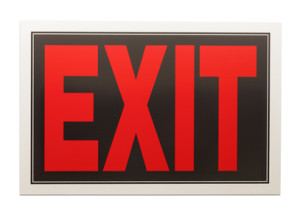 It is important to remember that we are looking at these strategies from a very short-term viewpoint. That explains why they can be almost exactly opposite from some of the long-term trend following strategies that I prefer and still be profitable.

Fixed Time Exit Strategies are exactly what the name implies. They commit to exiting a position a certain amount of time after the entry. If you recall, the average holding time for a position using the Cumulative RSI Strategy was between three and four days. Based on that, it is reasonable to assume that if a position is going to produce a positive return, it will do so sooner rather than later.

First Up Close Exit Strategies look to exit a position on the first positive close made after a position is entered. Obviously, this only works when used with a short-term system that is looking to take quick, small profits out of the market with a very high win rate. In those situations, it can be surprisingly profitable.

New High Exit Strategies exit positions after they close at a new high. As I said, this concept runs counter to the long-term trend following approach, but can be very profitable in short-term situations. These strategies wouldn’t work if you were buying at new highs, but since the Cumulative RSI System looks to enter markets that have become oversold during uptrends, a bounce back up to new highs would represent a profitable situation.

Close Above the Moving Average Exit Strategies provide exit signals when a market closes above a specified moving average. The logic here is very similar to the New High Exit Strategies. When entering a position, an oversold market in a long-term uptrend will likely be below its moving averages, so a bounce back above those moving averages would represent a profitable trade.

This is the exit strategy that was used in backtesting the Cumulative RSI System. It looks to exit a position when the 2-Period RSI closes above a certain number. Connors and Alvarez suggest values of 65, 70, or 75 for this number. The concept behind these strategies is that once the 2-Period RSI value has risen to one of those values, the market is no longer oversold and may actually have become overbought.

While they could have simply stopped after identifying all of these different strategies, what I like about Connors and Alarez’s work is that they went a step further and actually tested three of these strategies. In order to do that, they looked at every stock from 1995 through 2007 that traded above its 200-day moving average and had closed at a 10-day low. This provided them with 63,101 entry signals, so this was certainly not a small sample size.

On those entry signals, Fixed Time Exit Strategies performed the worst of the three strategies tested. However, they still performed much better than I expected. Exiting after holding for one day produced an average trade return of 0.61%. Increasing the hold time to just three days jumped that return number to 1.76%. Continuing that trend, increasing the hold time to 5 days provided a return of 1.97%, and holding the position for 7 days produced an average return of 2.05%.

While I was not surprised that the dynamic exit strategies outperformed the Fixed Time Exit Strategies, I was surprised at how well those fixed time strategies performed to begin with. It appears that choosing an exit strategy for your system has more to do with your comfort level with a given strategy than its actual performance.

While using a value of 75 for your 2-Period RSI Exit may return a higher average profit than using a value of 65, if you lose sleep worrying about positions that don’t make it to that higher value then you might be better off using the lower value. 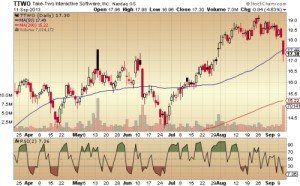 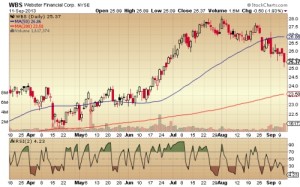