Back in March, Shaun published a Scalping Expert Advisor that traded the Euro-USD five minute chart using moving average envelopes. In case you missed it, here is the video Shaun made explaining the strategy:

Shaun’s strategy was recently featured for an in-depth post by Jeff from System Trader Success. In that post, Jeff attempted to test and develop Shaun’s simple scalping strategy. Here is how Jeff described Shaun’s strategy:

Shaun noticed that extreme price moves as defined by 1% distance from a 200-period simple moving average (SMA) occurred very rarely. Going with the premise that price will soon retreat from such an extreme, this might be a potential location to open a trade. In short, Shawn’s Simple Scalping System (SSS) is a mean reverting strategy that utilizes a SMA envelope. When price closes beyond the envelope a trade is opened. The trade is closed when price returns to the envelope.

Jeff’s rules were exactly the same as Shaun’s. He tested the strategy from May 2001 through December 2011 starting with $10,000. The first thing he noticed was the severe impact slippage and commissions would have on the returns. After testing a few different combinations, he settled on using a $5 commission and 1 Tick slippage on each trade. 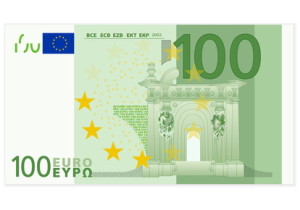 The open ended downside of the system leaves Jeff thinking that adding a stop component may improve performance:

Notice that many of the trades that experience a 1000 or larger drawdown end up being red points on the chart. These are very expensive drawdowns that turn into large losers. Somewhere between $600 and $1,000 might be a good place to put a hard stop to limit those large losses.

However, finding the right stop proves to be challenging:

Stop values up through $2,000 really push our net profit down. Can anyone really trade a scalping system that might require a $2,000 or more catastrophic stop loss? This makes me wonder if we need to find an additional filter to help reduce unprofitable trades. Instead of simply applying a hard stop we might want to test trading only during certain hours, trading only during a bull market or adding a volatility filter. These are all good ideas and we’ll continue to explore this trading system in a future article.

Much like Shaun originally suggested, Jeff comes to the conclusion that this strategy has merit, but needs further development. He suggests a number of potential components that could improve the returns.