A paper that was published in 2010 by Jozef Rudy, Christian L. Dunis, and Jason Laws points out that there could be a quantitative edge found in using open-to-close or close-to-open data for daily mean reversion strategies instead of close-to-close data. The authors thoroughly cited many sources that suggested there could be valuable information obtained from factoring in opening prices. 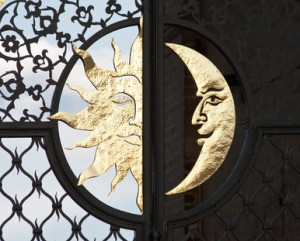 The authors believed that altering the data set in this manner would be ideal for trading a daily mean reversion strategy that looked to profit from overreactions following large price declines in individual stocks. They set out to prove that both close-to-open and open-to-close data could outperform close-to-close data using this type of strategy.

In order to account for transaction costs, a factor of 0.05% was charged to each trade. This cost was meant to replicate the type of fees that an individual investor would be exposed to.

The goal of this strategy is to exploit the largest losing stocks in any given decision period, expecting an immediate bounce back in the following period. The strategy is broken into two versions based on the two different data periods that each day has been segmented into.

The first version of the strategy uses the close-to-open data as its decision period. Then, it buys the worst performing stocks during that period at the open and holds them through to the close of that same day.

The second version of the strategy uses the open-to-close data as its decision period. Then, it buys the worst performing stocks during that period just before the close and sells them at the open of the following day.

In order to determine how many poorly performing stocks to purchase after each decision period, the paper provided backtesting results for every stock in the S&P 600 SmallCap Index. There were similar results for the other two indices that were included in the appendix of the paper.

As you can see, the second version, which holds the positions from close-to-open has a lower annual return, but much less volatility. The authors state that both versions produced better returns than using the standard close-to-close period.