Short selling is easy, right? Basically, it’s the same as buying, only going the other way. At least that seems to be the common belief when discussing shorts.

In practice, taking a short position is rather simple. However, it’s also utterly different when it comes to an actual strategy. Because, like it or not, shorts do mirror longs, absolutely and completely. And to be a really good short seller, you must know the difference. You must also know how to optimize your strategy specifically toward it.

When you short sell you gain when the instrument you’re trading moves lower. That’s the exact opposite of when you’re long, or a buyer. And that’s where the similarities between long buying and short selling end. You see, when a trader buys or goes long on something they’re betting the outlook for that instrument will brighten. And the instrument doesn’t matter, whether it’s a stock, or a commodity, or even an index like the S&P500.

As a side note, however, the case in forex is a bit different when there are currencies of the same status. For example, say the pair is comprised of the dollar and yen, which are both safe havens. But when it comes to say EUR/USD, EUR/JPY or GBP/USD, shorts on those pairs are still driven by fear.

But when traders sell? Now, notice the nuance, it’s not short sell, i.e. make money from a falling price, but actually selling. When a trader sells a position he or she is doing it out of fear of losing money. And it doesn’t matter if that selling is taking profit or trimming losses, it’s still driven by fear. When you’re short selling you’re basically trying to profit from the fear.

Fear, however, works differently than optimism. You see, fear tends to come and go quickly. You can liken it to a stampede of investors running from a predator.

That’s not speculation; that’s fact backed by years of data. Take a look at some of the harsh short selling events in the chart below. You can clearly see that gains that took more than 8 months to achieve were wiped out in less than 4 months.

Why is that important to you as a short seller? Because it reveals the exact nature of shorts; quick and abrupt. As such, the strategies warranted for such movements should be designed accordingly. In other words, built to ride on quick and abrupt momentum for a quick gain and then closed. True, there are abrupt moves higher, as well, and matching momentum struggles. Momentum should be in the DNA of every short selling strategy if it is destined to succeed in the “long run.”

Starter Kit for the Short Seller

In order to be a successful investor you must be ready for a high momentum short time span trade. And of course, it’s all relative to the interval you trade. Here are some basic ideas and tools to help you get a sense of a solid short.

Trend exhaustion: When you have a prolonged bullish trend there comes a point when the trend hits a brick wall. The buyers just stop coming and the pair hits resistance. Soon after, those that already hold positions fear the trend is reversing. They quickly liquidate their position which results in a forceful short from the top.

There are countless methods to identify trend exhaustion but here is a rather simple one.

As you can see in the chart below, in this case a stock called Palo Alto, hit the top point of 200.  But only when it fell back to 190 it stated to move rather quickly and abruptly down. What happened next was that the trend line was briefly broken. But there is another even more important element here and that is the MACD below. The histogram bars that preceded the correction when the trend was rising were rather moderate. In comparison, look at those created in the other direction when there was a short.

That clearly indicates that there is fear around 190 which triggered quick selling. A trend has to have at least two attempts before heading lower. Thus, it’s clear that another attempt will have to be made to break the 190.

Since we already know there is fear around this point we can expect a short. Once we reach the neck, the point where the selling started last time, that’s our entry point for a short. That, of course, will need to be closed quickly afterwards.

Overbought: Another basic strategy to capitalize on fear with a short is when a pair is overbought. Once again, there are numerous paths and methods to trade on this but here is a simple one. Looking at the EUR/USD as our example we will need to look for two things. When the pair closes above the price channel on the one hand and the RSI is at an overbought level on the other, the pair is overbought. That means an abrupt short is about to begin.

We’ve seen markets butchered by selloffs bleeding red all over the screens. The sense of a looming Armageddon echoes in the news with danger lurking in the shadows. And when the experienced trader sees all that red he begins to twitch with that natural trade reflex. That is the reflex that he or she must trade on the rebound. After all, oversold markets create big rebounds, right? Certainly, they can. And this is why, today, our focus is on how to trade a rebound after an aggressive selloff.

Signs of an Oversold Market

I’ve heard it said, and I fully agree, that the market can be likened to a rubber band. It stretches and stretches until it reaches its maximal elasticity. Then, given its natural tendency, it shrinks back. In this particular case, we’ve got an oversold market, i.e. it’s stretched like a rubber band. But how do we know that it’s nearly reached its maximal elasticity, and that it’s ready to shrink back?

There are, of course, many methods to identify this maximal stretch. Everyone is entitled to a personal favorite; mine is a combination of two indicators which I believe work best for short term rebounds. It is the combination of an indicator known as the Rate of Change (ROC) and the ever popular Bollinger bands as an overlay.

Combining Rate of Change and Bollinger

Rate of change is essentially a very simple straight forward index. It measures the percent of change from the n periods before. The Rate of Change is exactly what we need. Especially in indices trading, it’s pretty much a given that after a certain percent change downwards there’s a fairly automatic buy reflex. There are a number of fundamental reasons why that happens, but they’re irrelevant to this discussion. The main takeaway of this focus, the benefit of the ROC, if you will, is that it happens.

In the chart below, we have an ROC running on 10 days. After a certain rate of decline (in percent), markets rebound. The problem is that it’s still hard to tell when we’ve reached our maximal elasticity to time the rebound. For that we need to overlay the Bollinger band (which works on two standard deviations that are ideal for identifying the maximal elasticity). With the ROC/Bollinger overlap, we get an indication as to when the downwards ROC is too much, i.e. the signal that markets need to shrink back. What we’re looking for is when the ROC is outside the Bollinger band. That’s our signal for an oversold market ready to rebound.

I can’t stress enough how timing is of the essence when it comes to trading an oversold market.  Therefore, some validations are needed to ensure your timing is, indeed, correct and that the selling momentum is over. From personal experience, my validation or cue is a candle with a long needle, which signifies a large gap between the session low and the closing price. What that all means, essentially, is that the market is running out of sellers. When it comes in tandem with our ROC signal, it’s a sign of an oversold market ready to rebound. That, of course, is our entry signal.

A Few Good Rules of Thumb

Before you begin to test this strategy on an oversold market, let me leave you with a few ground rules. From personal observations, the best time frame to use the ROC is daily. An hourly time frame is too fast and the ranges are unreliable. A weekly range can be much deeper and the movements slower. When it comes to the best interval, I’ve found the ROC running on 10 days and the Bollinger band that overlaps running on 20 days to be ideal. Of course, it’s best to experiment on your own to calibrate it as you see fit.

Finally, and very importantly, place a reliable stop loss. Usually, the support zone will be rather evident; in the case above it is roughly at 180, where the market rebounded before. 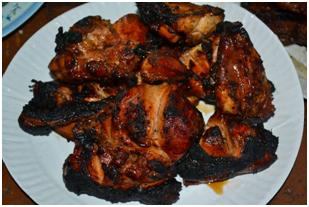 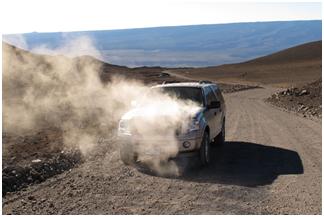 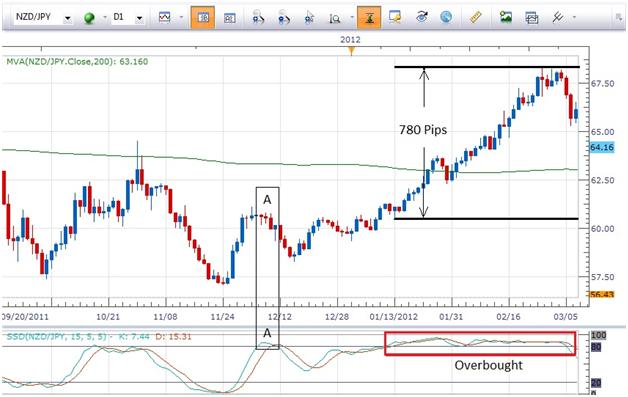