The goal of every quantitative trader is to maximize the average profit per trade of their strategy. One way to increase the profitability of both winning and losing trades is through the process of pyramiding positions.

This concept, which was made popular by famous trader Jesse Livermore, allows your system to make a trade prove itself before you commit the entire position size. That way, if a trade is unprofitable from the start, you are not likely to lose as much as if you had entered the full position all at once. 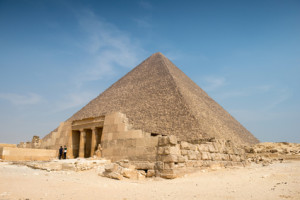 While pyramiding positions is popular among stock traders, the concept is often overlooked by quantitative Forex traders.

An article that was posted by Chris Svorcik on Winner’s Edge Trading last week explored some of the pros and cons of scaling in and out of trades in this manner. The article also covered some of the different ways that this strategy could be implemented by Forex traders.

The first portion of Svorcik’s article explains how pyramiding positions can open up quite a few more options for a given strategy. He explains that a strategy basically has three options: trade immediately, wait to trade on a pullback, or wait to trade on a breakout. Each of these options work better with some specific strategies than others.

What pyramiding does is allows those options to become what Svorcik calls a “trading decision tree.” This means that if your strategy uses a breakout as an entry signal, you can then have a second entry positions that is signaled by either a pullback or second breakout. This way of scaling into a position gives a trader plenty of flexibility to fine-tune a strategy.

Svorcik continues by explaining that the same options exist to scale out of positions. This could mean cutting a position in half as it loses ground, or it could mean taking some profits off the table as a position runs higher. This allows a strategy to implement multiple profit targets or stop-losses.

Svorcik also points out that pyramiding does not have to be used on both sides of a trade. It can be used exclusively for entries, or exclusively for exits if either option improves your strategy.

Obviously, the biggest positive associated with pyramiding in and out of positions is that your capital will be better protected. This can allow you to keep your losses smaller, while still getting capital into your winning trades.

Another advantage the Svorcik points out is that the use of pyramiding will introduce a new level of flexibility into your trading plan. This should enable it to better handle volatile and changing markets.

Adding a pyramiding component to your strategy will allow you to improve your potential profit overall, while at the same time limiting your overall risk.

On the down side, Svorcik points out that pyramiding positions will make your strategy more complicated. That means it will likely require more of your time and attention.

Another negative aspect of pyramiding is that you will be incurring more transactions, which will drive up your implementation costs.

Finally, by pyramiding into winning positions and taking some profits off the table early, you will be costing yourself potential profit. You will have to backtest different pyramiding options to determine if the pros outweigh the cons in your particular situation.