One of the biggest struggles that many traders deal with is over-complicating a simple strategy. Some of the most profitable strategies are ridiculously simple, but many quantitative traders have a hard time believing that something simple could actually work.

Nat Stewart from NAS Trading wrote a post that breaks down the reasons why people will attempt to over-complicate their trading systems. He explains that many traders simply struggle to understand how a simple strategy that anyone can understand could actually be profitable. 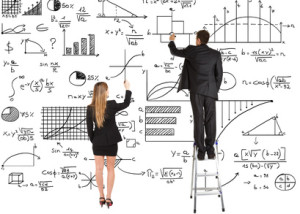 Overly complex trading strategies can give the illusion that they are more desirable, but simple systems can often outperform them.

He also suggests that many traders are guilty of assuming that more complex strategies are better. If a strategy takes more effort for us to understand, it is natural for us to believe that it must be better. Despite the fact that “better” is a completely relative term.

The first example that Nat uses to explain his point is the move the took place in Japanese Yen from late 2012 through the spring of 2013. He explains that this long-term trade produced huge profits for many traders, but many critics suggested that the move was too obvious.

The lesson that Nat takes from this case study is that traders should focus exclusively on bottom line profit. If you are worried about how sophisticated your strategy is, you will surely miss opportunities available to traders who are simple following the price.

The next example that Nat discusses is a small doughnut shop located in Chicago that regularly has a line around the block.

According to Nat, the owner of the doughnut shop has stated that its simple operation is far more profitable than the full service restaurants that he also owns. Here we see another example of simple profit outperforming complexity.

The final example Nat brings up is taken from the world of martial arts.

He explains that many martial arts schools teach “complex, ‘sophisticated,’ or flashy moves” just to make newer students believe that the instructors know what they are talking about. However, in actual practice, simple and direct moves are almost always more effective.

This example has an obvious connection to overcomplicated trader education services.

After providing those interesting examples about simplicity, Nat went on to discuss what he described as “one of the simplest swing trading strategies.”

Nat concludes by conceding that the concept of simple is easier said than done:

In fairness “simple” is not really that simple.  The right kind of simplicity, in the right amount at the right time, is what creates the genius of a great artwork, a great business or great trading strategy.

Comparing great trading strategies to great artwork and great business is a very interesting idea. While simple concepts can be great in any field, they have to be simple in the right place at the right time.

As quantitative traders, we are naturally inclined to make our trading systems more complicated than they need to be. Tinkering with adding different components attempting to find slight improvements is just what we do.

While that passionate pursuit of improvement has likely paid dividends in other aspects of our lives, it can sabotage our trading systems. We are generally better off to trade simpler systems with great discipline. Of course, that is easier said than done. 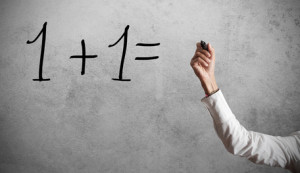 There is no need to invent a better mousetrap, the simple systems we already have can work just fine with the right discipline.

There was a post published at Systematic Relative Strength that addressed the benefits of focusing on a simple relative strength system. While the relative strength part could be switched out for any other simple indicator, the principle behind the post is important.

The post starts by addressing the idea that no matter what simple strategy you choose, you have to actually use it:

The post continues to argue the importance of simple systems rather than complicated ones:

If you can’t follow a method because it is too complex and if you bail in panic during the first downturn, you’re not going to succeed with any method.

So we want to avoid complex systems because they will be more difficult to follow during downturns. That is a good point, but their next point is even better:

Ironically, we want to find a system that makes mistakes. That way we know it has the ability to overcome them. That type of robustness is what gives us confidence that the system will be able to handle a Black Swan event.

Human nature, I think, makes it difficult to follow any system, whether simple or complex, so discipline is also required.  Investors will improve their chances for success with a simple, robust methodology and the discipline to stick with it.

It seems like so many quantitative traders are forcing themselves to try to invent a better mouse trap. Why bother when the ones that we already have can get the job done?

In order to develop a profitable trading strategy, we need to have the discipline to stick to our system when the going gets tough. That can be done easier with a simpler system.