Creating a to-do list sounds boring and bureaucratic. It reminds me of the trading coaches that insist on keeping trade journals. BORING!

On the other hand, journals are important. They force the trader to reflect on the thinking behind an action.

And… I’m prone to rabbit trails and the like. A known plan with a checklist would keep me organized and thorough. So, it’s with some regret that I’m forcing myself to build a research plan. 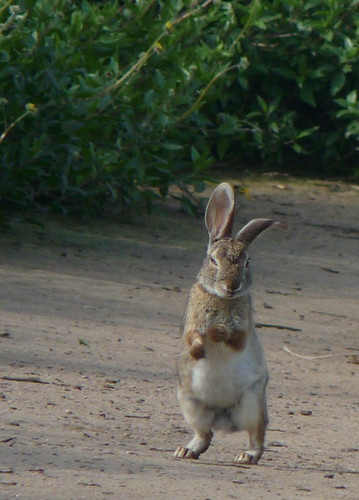 The step by step plan for analyzing my strategy

I mentioned in the last post that the strategy’s time frame will be the M1 chart. The current data under study uses EURUSD prices for the year 2011. Whenever the strategy is ready to walk forward, I’ll test it on all of 2012.

Now that most of the ideas came in (thanks to everyone for all of your emails and blog comments), I’ve made a list of things to try.

Before I get carried away with a new idea, I have to check off old ideas from the list. Doing so will keep my efforts disciplined and focused.

Many of the suggestions that came centered on adding filters. I appreciate everyone’s feedback and for really thinking through the problem.

My personal thoughts are to focus on money management as a technique for improving a strategy. I’m going to leave filters as the final option as a way to potentially polish a mostly complete strategy.

Step 2 is multi layered. The items that I laid out are to scale in:

Writing this information out made me realize that I still feel like I’m guessing which types of strategies may work. So, I’m going to head back to step 1 to visualize the problem better. I’ll start with taking trades immediately on price crossing the moving average. I will then systematically record how performance and the number of trades varies as I get farther from the MA.

Although it’s not quite a strategy at this stage, the goal will be to identify regions under the curve that present better opportunities than others.

One of my longest standing customers, Gary Nassiff, recently launched his trading strategy on a $15,000 live account. He’s interested in managing a forex fund for clients with a $25,000 minimum.

I do not know enough about the strategy to endorse it personally. I can, however, attest to Gary’s character and the effort he’s placed into developing the strategy. I’ve met him in person on multiple occasions since 2009 to assist him with developing various strategies. He always upholds his commitments and represents his opinion in an honest and ethical manner. He’s also one of the more enthusiastic forex traders that I’ve ever met.

Gary runs the strategy using a custom expert advisor in MetaTrader 4. All managed accounts use an LPOA and are fully hands off for the client.

Note: OneStepRemoved has no financial interest in Gary’s managed accounts beyond the programming services that we provide.

Your forex backtests are absolutely worthless if you do not test the statistical entry efficiency and exit efficiency of the strategy. Everyone that runs a backtest inevitably reports the dollars earned as the outcome. Other factors exist like the average win to loss, the profit factor and the Sharpe ratio, but they do not tell you anything useful until the final step of designing an automated trading system.

The correct approach to testing a strategy should focus on the question, “is my strategy a piece of garbage?” Most people try to prove themselves right. The real test is to not be able to prove yourself wrong. The only way to do that is through a statistical approach.

Efficiency puts a hard number to what percentage of an available trading range that a strategy captures. The trading window starts on the bar where a trade entered the market. The window closes when the trade exits.

The total available window is the highest high minus the lowest low in the window. Calculating the entry and exit efficiency simply measures what percentage of that window that your strategy tends to capture. Take the average of all of the trades and you get the overall efficiency.

Take an example where you buy a hypothetical currency at 150 and sell it at 170. The lowest low between the time of entry and exit was 140. The price then ran all the way up to 200 before settling back down to 170, which is where the exit took place.

Efficiencies do not change by instrument or time frame

One major problem that we encounter with forex backtests is the limited data set. This is especially true for those interested in testing long term strategies like those on the H4 or D1 charts. The wonderful thing about entry and exit efficiencies is that they do not vary from chart to chart or even period to period.

I like to jump down to M1 charts for efficiency testing. The data is nearly endless. I never have to worry about running out. The great thing is that I know when I shift back to the H4 chart, the efficiencies should not change more than ±5%.

If you see the efficiency vary too much, then you may not have enough trades to form a statistically significant group. My experience tells me that 75 trades usually gets very close to the actual efficiency. 100 trades or more is better. When I run tests on M1 charts, I often get several thousand trades over the course of a few months. Numbers that large can tell you with a great deal of confidence just how robust a strategy’s parameters truly are.

Usually, you can assume that any results that fall within 45-55% are the result of a random, stochastic process. When I see backtests that creep right up to those barriers like 54.9% or even 55.1%, the results inevitably tank back to around the 50% mark.

I wish this section was about how to make money with a random efficiency. Alas, we must cover how randomness can result in unjustified eurphoria.

I’ve been interested in the concept of randomness for several years now. Mathematicians refer to it with the more opaque name of a “stochastic process”. Despite the non-sensical name, it’s just a fancy way of saying the study of randomness – how it changes, its distribution, how far it “walks”, etc.

Yesterday, I used the analogy of coin flips to describe how Martingale strategies are probabilistically doomed to failure. One interesting concept that I did not mention relates to Brownian motion. Even with a set of random outcomes, trades will go on a random walk away from the starting point.

Einstein gets the real credit for solving the math behind the concept, even though his name is not on the term. He demonstrated that the distance a random process will follow is the square root of the number of trials. If we decide to flip a coin 60 times, we know that 50% of the time should fall on heads and the other 30 on tails.

It actually turns out that we should expect a very slight bias in the number of either winners or losers, although we do not know which one. It’s random. The precise bias, whichever way it prefers to go, should equal √60, which works out ~7. The heads outcomes should typically range from 23-37, with the tails outcomes making up the difference.

Seven trades out of sixty strongly alters the percentages, even if we know that it’s really supposed to be 50%. If heads only came up 23 times out of 60, that’s 38%. The problem is not with the coin. It’s with the number of trials. As you do an increasing large number of trails, the random bias decreases in significance in terms of the percent accuracy. 50,000 trades, for example, should show a surplus of roughly 223 trades in favor of winning or losing. The accuracy range falls within 1% of 50% on either side, a dramatic improvement.

Curve fitting a random efficiency relates to the idea of Brownian motion. Let’s say that we use a strategy that I know will never show an entry or exit efficiency: the moving average crossover. I’ve gone through this strategy six ways from Sunday, almost exclusively at the behest of clients. It does not work as a fully automated strategy. There is no secret set of fast and slow periods that will unlock the hidden keys to profit.

Most traders, experienced or not, abuse the backtester by searching for a set of parameters that yield the most dollar profit. They curve fit their test to optimize for maximum profit. What really happens is that the traders optimize for amount of random drift that already occurred.

When I used the example of 50,000 trades creating a natural drift of 223, I cited it with the purpose of showing how little it reduces the error in the real percent accurracy. The other consequence for trading systems is that as the error percentage decreases, the natural bias in your outcomes increases. Blindly running the optimizer only selects the set of combination that yields a combination of two criteria:

You need a tool like efficiency to guard against these types of random outcomes. It’s the only method that I know of that definitively states whether or not a strategy behaves in a random manner. I especially like the fact that it breaks those elements down into two of the three basic components of a trading strategy: the entry, the exit, and the position sizing.

Efficient strategies do not work all of the time

Position sizing marks the final obstacle to building your fully automated trading strategy. A set of rules that yields a statistically efficient entry that is paired with an efficient exit does not necessarily make money. The value of each trading setup can vary, too.

Each strategy contains different sets of winners and losers. Each winner and loser varies in its dollar value. Whatever money management approach that you take requires balancing the ratio of the winners and losers in a way that normalizes the outcome of each trade. You ideally want to eliminate the variation in dollar value. 20 pip trades should earn or lose you exactly as much as the 100 pip trades.

Using a stop loss stands out as an obvious candidate to fix how much a trade is worth. The severe disadvantage is that it almost always negatively affects the exit efficiency. Whenever I can get away with it, I always recommend using a market based exit instead of an arbitrary stop loss. Traders usually scream at the top of their lungs when they hear me say this. I’m just speaking as a systems developer. The numbers are what they are.