Many of the traders interviewed in the Market Wizards books expressed concern that too many traders place too much emphasis on entry and exit signals. They suggest that topics like position sizing and risk management are far more important.

However, quantitative traders still have to decide on some criteria to properly define their entry and exit signals. With so many options out there, it can be more difficult than those Market Wizards books suggest to find and decide on a decent entry and exit strategy that has an edge.

Even after you find and develop your system, there is always room for improvement. For that reason, many forex traders are constantly looking for new ideas, edges, and expert advisors. Babypips.com published their Top 3 Featured Expert Advisors for November 2013 at the beginning of this month. 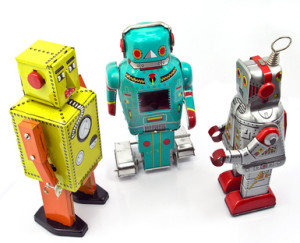 They went through the trouble of backtesting each of these EAs from October 2010 through October 2013. Here are the highlights:

This expert advisor was suggested to me by a kind forum user bobbillbrowne in the Expert Advisors and Automated Trading section.

In a nutshell, it makes use of the linear weighted moving averages (LWMA) on the short-term time frames such as 1-min, 5-min, and 15-min charts.

This strategy signaled a total of 23 trades over the course of the backtesting period. The average profit on a trade was 0.43%, the win rate was 56.52%, and the maximum drawdown was 13.45%.

My search for profitable EAs also led me to the MLQ4 Codebase via the MT4 trading platform.

I stumbled upon this MACD Cross system by author ilkyulee, who specified that this robot must be used on AUD/USD’s daily chart.

This strategy signaled a total of 46 trades over the course of the backtesting period. The average profit on a trade was 1.16%, the win rate was 26.09%, and the maximum drawdown was only 5.69%.

I also took a look at the sample systems included in MT4 and found an updated version of the MACD Sample EA.

This strategy signaled a total of 190 trades over the course of the backtesting period. The average profit on a trade was 0.59%, the win rate was 73.68%, and the maximum drawdown was only 0.39%. Not a bad start for an out-of-the-box sample strategy.

The article then goes on to remind traders that automated trading can be dangerous:

Before you trust a robot with your life (or in this case, your hard-earned cash), make sure that it’s a good autobot and not a bad decepticon.

In other words, you gotta do your homework and additional research to figure out if the EA is consistently profitable or not.

The author also cautions that past performance does not guarantee future results. He also explains that just because an expert advisor does not initially have a great P&L does not mean that it will never be profitable. It may just need to be adjusted in a certain way to become profitable. 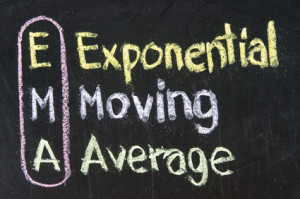 The Multiple Day Mean Reversion System is designed to pick up quick profits from ETFs that wander a little too far from their current trend. It is based on the mean reversion assumption that all markets will eventually revert back to their average price.

Similar to the 3 Day High/Low Mean Reversion System, this one has outperformed the S&P 500 over the past 12 years with a significantly lower drawdown. It is designed to trade a basket of 20 ETFs that represent a broad spectrum of global markets.

The Multiple Day Mean Reversion System was popularized by Larry Connors and Caesar Alvarez in their 2009 book High Probability ETF Trading. Like all mean reversion strategies, this approach is based on the assumption that a market that has trended in one direction will eventually revert back to its average price.

Backtesting results for this system were posted on Sanz Prophet’s blog in September of 2012. Those results reported the system’s performance from January 1, 2002 through August 1, 2012. During that time, the system made 1,901 trades. Of those trades, 71% were profitable. The compound average return during that time was 9.44%, with a maximum drawdown of 13.37%.

The returns posted by this system over the past decade are impressive, and the low drawdown makes them even more appealing to many investors. The system also performed exceptionally well during the financial meltdown in 2008. While the S&P lost half its value, the Multiple Day Mean Reversion System posted tremendous gains of almost 50%.

The Multiple Day Mean Reversion System has the same major flaw as the 3 Day High/Low Mean Reversion System. While both systems have incredibly high win rates, they both have open-ended loss potential on the downside. If the only way to close out a position is for it to cross its 5 day SMA, then you could theoretically be caught holding a long position as it drops to zero. Taking this kind of risk to make a relatively small profit on most of the trades is like picking up nickels in front of a steamroller. You’re just asking to get flattened. 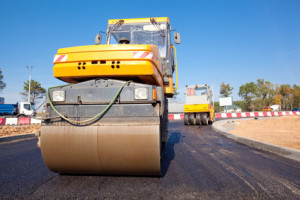 Small profits and big risks means that the market is going to steamroll you one day.

I would be very interested to see how the results would change if a stop-loss element was introduced to the system. Using Bayesian Inference or even a simple ATR Multiple to set the stops would absolutely limit the downside. Those stops could also reduce the overall returns depending on how many of those  losing trades eventually close out as small winners.

The biggest strength of this system was its performance during the financial meltdown in 2008. Based on that performance, it is obvious that this system works best in highly volatile markets. Therefore, it might be a good idea to implement a volatility condition that would only permit the system to make trades when volatility shot up.

We wouldn’t want a system that only trades one out of every 12 years, so we would have to couple this with an alternative system. However, if we could find a system that worked well during normal markets and underperformed in volatile markets, we could combine the two and have them switch back and forth based on the current volatility conditions. This would allow us to maximize the strengths of each system while minimizing the weaknesses.

Let’s take a look at a system that works almost completely opposite from the other systems we have been looking at.

This system targets small, quick profits and holds on to its losers until they revert to the mean. It also outperformed the S&P 500 by almost double from 2002-2012.

The 3 Day High/Low System is a mean reversion system. It works on the theory that if a market is in a long term trend and deviates from that trend for three straight units of time, then it is likely to revert back to the average.

Price crosses above the 5 unit SMA

Price crosses below the 5 unit SMA

The backtesting results I found for this system contained a portfolio of 20 diverse ETFs. The portfolio was limited to 10 positions at any given time. The backtest started January 1, 2002 and ran through August 1, 2012. 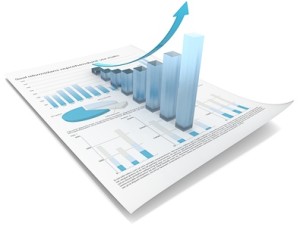 This system is very different from the systems I have previously covered. It has an inverse profit ratio, but is able to stay profitable because of its 73% win rate. By logging a profit on three trades for every loser, it is able to make up for those losers being almost twice as big as the winners.

This system goes against the common system trading goal of letting profits run and cutting losses short. It actually cuts profits short and lets losses run. Despite that, it is hard to argue with the impressive long term results. I am not sure that I would have had the guts to stick with the system when it continued to hold a position that was down over 18%.

The biggest negative with this system is that it exposes your portfolio to the possibility of establishing a position and watching it go straight to zero (or an infinite loss for a short position). While the risk of all positions crashing like that at the same time is almost zero, that non-zero risk of ruin is frightening. The most common knock against any mean reversion system is that when they eventually blow up, it can be ugly.

One way to limit this risk exposure would be to add a stop-loss component to the trading rules. More detailed backtesting could give you the information to determine the best type of stop to use.

You would want to analyze how many winning positions have drawdowns and how deep those drawdowns can be. With that information, you could experiment with ATR Stops or Bayesian Stops at different risk tolerances and backtest how they would affect the overall portfolio return.

An interesting way to capitalize on the consistent returns that this system offers while reducing the risk of ruin is to trade it as a portion of a multiple system strategy. Trading this system does not mean you have to commit all of your trading capital to it, provided you have enough capital. This would give you an even greater level of diversification, but would also limit the profit potential.