Over the past couple of weeks, I’ve been going over a wide variety of trailing stop strategies and trade exit approaches. These methods help you trail your stop to allow price action to dictate when you get out of the trade. In some cases, using a trailing stop can allow you to take advantage of trending markets and profit on a larger portion of the move. Today I want to go over 2 ways to exit the trade that are not “technically” a trailing stop at all. I’m talking about the Equity Stop and Percentage Stop.

But first, I want to address a couple of comments I got on previous posts…

I was asked about the ability to program these trailing stops into an EA. This could be an expert advisor specifically used to apply the trailing stop strategy after the trade is live. Or this could be part of the overall trading strategy programmed into a complete auto trading robot. Since the rules are pretty straightforward, this should not be a problem at all.

If you’ve read some of my previous posts, you already know I am a big fan of creating expert advisors to take care of trade management after the trade is live. The hardest part of trading, in my opinion, is managing the trade when real money is on the line. Automating this process with one of the trailing stop approaches I’ve gone over is the easiest way to take the stress out of trading and sticking to your rules.

If I understand the question correctly, I got a question about stops that follow price in static increments (linear), compared to stops that take volatility into consideration and move the stop up quicker if the speed of price movement increases (non-linear). Here are some thoughts.

None of the trailing stop techniques I’ve described take into account the speed of the candle while it is forming. In truth, this is too complex for me to think about because I describe trailing stop methods you can use manually (or have programmed). I don’t know how I would take into consideration the speed of a candle while watching the charts, so I don’t specifically have a non-linear strategy for when the candle is live.

Using this method, you move the stop the same number of pips between open and close or the candle when price moves in your favor. (Bullish bars for buy trades and Bearish bars for sell trades). This does take market volatility into consideration because the amount you move the stop is not static, but calculated by the size of the previous bars move. Bigger the move, bigger the stop loss move.

Using this system, you use the Average True Range indicator to determine the number of pips to move your stop. This can either be the ATR value itself, or the ATR value multiplied by 1.25, 1.5, 2, etc. Again, market volatility is taken into consideration.

If you look back at the trailing stop strategies I’ve gone over, a lot of them trail price action taking market volatility into consideration. They are not just moving the stop a static number of pips. And remember, using a trailing stop is always going to follow price action and give up a little profits when the trade is closed out. The trick is to follow price to lock in as much profits as possiible, without following too closely and getting stopped out too early.

OK, let’s go over 2 trade exit approaches, that are not really trailing stops….

This strategy is for traders who have many trades on at any one time. It is really not that useful if you only have one trade on at a time. So, imagine you have a daily profit target of $500 and 5 trades running. You would set the Equity Stop to close all trades once you reach the $500 mark.

Even if you have 3 trades winning and 2 losing at the time you reach $500, all the trades would be closed. This way you guarantee you hit your daily price target. Using the Equity stop, you can set up a daily target and exit all trades when the dollar amount is hit, regardless of the state of the trades at the time.

This is similar to the Equity Stop, but using percentages. If you have a trade plan with a percentage goal, you can use a Percentage Stop to exit all trades once this percentage has been reached. Again, all trades are closed when your percentage gain is reached, regardless of the status of the trades. 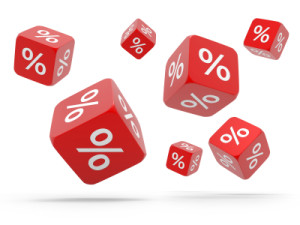 Some traders maintain the trailing stop as a percentage of the price.

For example, if you have a goal of 1.5% per day, you would set the Percentage Stop to exit all trades once your trades reached 1.5% of the balance, regardless of the state of all the trades.

These strategies are really not trailing stop approaches. But I thought this was a good place to put them as you are using something other than price targets to exit the trade. Both strategies should be able to be programmed into an EA.

This pretty much ends the series on trailing stops. If you have something you want me to talk about, or something you think I missed, please leave a comment below.