The recent evolution of ETFs as trading vehicles has expanded the available opportunities for traders and trading systems. In a recent post on his blog, Jay Kaeppel took a creative look at the good and bad aspects of international ETFs. He also put together a simple system that traded either a collection of international ETFs or the S&P 500. 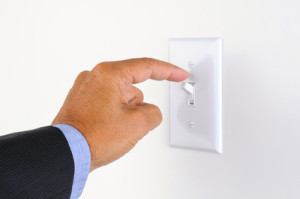 The bad news is that picking individual stocks is never an easy thing even if you focus only on domestic U.S. companies.  For the average investor to successfully pick and choose among individual stocks around the globe is simply too much to expect.

The good news is that the proliferation of international ETFs – Single country funds, regional funds, global funds, etc. – has made it much easier for investors to diversify across the globe than it used to be.

Jay goes on to describe building what he calls the BRIC index. This is a collection of four international ETFs that represent Brazil, Russia, India, and China. His BRIC index is comprised of an equal part of the single country ETF for each of those four countries.

Jay doesn’t dodge this flaw, though. He makes a point to close by saying that this is not a system you should run out and start trading.