The percentage of successful forex traders is relatively small, yet they share certain similarities: A well-built trading system, plus the right combination of personality traits and learned behaviors.

Of course, the tools are important – Regardless of a trader’s personal characteristics, a successful trader always builds, uses or finds a good Expert Advisor (EA). Most people believe that if they just find the one magic bullet, then everything will be fall into place. As Shaun discusses in the forex robot secrets report, that’s almost never the case.

Traders and EA developers who succeed are usually found at one of the two extremes of intelligence: Either they’re highly intelligent, or they’re extremely dim witted. There doesn’t seem to be much middle ground in which “average” developers succeed. 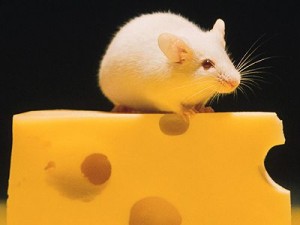 In other words, mice are at least intelligent enough to stop guessing and simply choose the pathway which is more often successful. In contrast, humans generally try to improve their success by finding and improving on some sort of pattern in randomness, even when it’s not there.

This theory may explain why less-intelligent traders can be successful by sticking to a system based on simple rules that win more often than they lose. Of course, “home-run” systems that are over-optimized in an attempt to “win everything every time” usually fail.

From the perspective of the mice described in the above experiment, it’s not about getting all the cheese every time, it’s about getting enough cheese more often than not.

An automated trading success story may begin with brainpower, but it doesn’t end there. Brainiacs tend to build trading systems based on deep technical analysis. Theories are developed and modified as testing reveals strengths and weaknesses in a given system.

But, there are plenty of intelligent, well-educated traders, and many of them don’t thrive when they’re involved in day-to-day trading. Significantly, winning traders’ ideas tend to become simpler over time instead of more complex.

An EA can be too powerful

Being too smart is a handicap that can keep traders from winning, and the power of EAs can also work against them. EA-focused traders tend to drift off course instead of remaining focused on the simple pathway toward trading success.

Without consistency, it’s difficult make any progress, nor measure results effectively. Too many indicators and too many pathways to explore may tempt EA traders to go astray, and wander away from the simple, basic rules that win.

Trading is a process, not a destination

When the trader approaches system design as a process rather than as a fixed destination, the outlook becomes much better. Success is relative, and improvement is ultimately more important than perfection.

For example, when a trader focuses on a system’s accuracy, the trade-off usually comes in the form of accepting a less-profitable exit point from a given trade. So, a trader’s urge to win a slightly-higher percentage of trades often erodes the system’s performance.

In contrast, process-oriented system designs let traders assess how making slight changes in the trade-entry protocol affect the system’s efficiency. And, using expert money-management methods can help by reducing the emphasis on entry and exit protocols.

Emotion in trading can’t be denied, yet it can be channeled appropriately

Emotion is impossible to separate from trading. But, it shouldn’t be the reason for trying to develop a winning Expert Advisor.

Instead, rational reasons for building an EA include situations in which a trader has been trading a given system long-term and wants to automate a proven winner, or finding ways to automate one’s trading based on narrowly-targeted indicators that win more often than not, even without generating perfect signals.

The question isn’t how to to remove emotion – Instead, the question is how to channel it appropriately, especially when the trader or EA developer has made a huge investment in time spent developing a system.

The goal is to develop and implement a consistent system – not a perfect system. When traders swing back and forth between winning and losing, the lack of consistency makes them feel less confident in their systems.

When a trader is “married” to a supposedly perfect system, there isn’t likely to be any trading success story in his or her future.

Designing a winning trading system takes hundreds of hours of time, plus at least a decade of experience. As mentioned earlier, system development is a process instead of an endpoint. Still, there’s a way to expedite the process – work with a professional developer like OneStepRemoved.

Where are you in your trading journey? Share your ideas below for you how “find more cheese” in the markets.